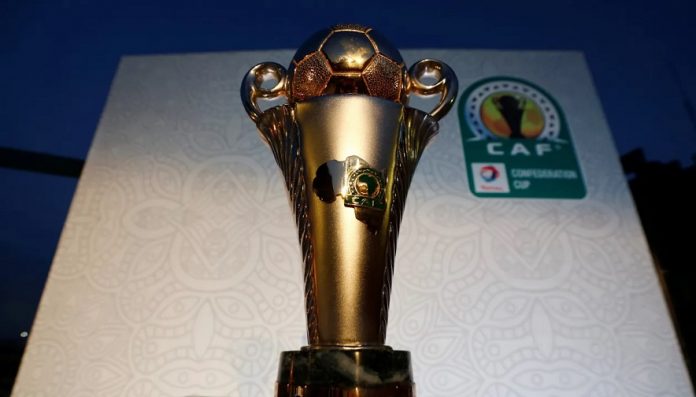 Nigeria’s Kwara United defeated AS Douanes in the opening leg of their preliminary round matchup for the 2022–23 CAF Confederation Cup, which was played in Lagos on Sunday.

In a commanding first half performance, the Afonja Warriors scored three goals through Paul Samson and Wasiu Jimoh.

After their defender blocked Paul Samson’s shot in the 18-yard box, Kwara United was given a penalty.

Wasiu Jimoh scored his second goal of the game with five minutes remaining in the first half, taking up the ball near the midfield and bursting into the penalty area to put the Harmony Boys up 3-0.

Despite the thrilling second half ending without a goal, both teams performed well enough.

Due to AS Douanes’ dominance in the second half, Kwara United’s Adewale had to make a few excellent saves to keep his sheet clean.

The Mobolaji Johnson Arena witnessed a magnificent and exciting match, and Kwara United now leads by three goals heading into the return match on Sunday in Niamey, Benin Republic.

In the same vein, at the Adokiye Amiesimaka Stadium in Port Harcourt, Pride of Rivers defeated Watanga FC of Liberia 3-0 to earn all three points in the first leg of the CAF Champions League qualifying round.

The NPFL Champions, led by coach Stanley Aguma who chose to play without league-top scorer Chijioke Akuneto, colleague Rafiu Kayode, and a few others, scored their opening goal in the eighth minute of the match through Kenechukwu Agu.

Ebube Duru doubled it ten minutes later to give the Pride of Rivers an early 2-0 advantage over their opponents.

Paul Acquah made it a 3-0 lead for Rivers just extra minutes into half-time. All tasks were accomplished in the first half as NPFL champions stopped scoring despite controlling the possession and attempting more severe attacks.

Rivers United are expected to travel to Liberia to conclude the second leg of the first Preliminary stage against Watanga FC on the 17th of this month.

Share your thoughts on the story 2022-23 CAF CONFEDERATION CUP: Kwara Utd, Rivers Utd start with wins with Nigerian Sketch in the comments section