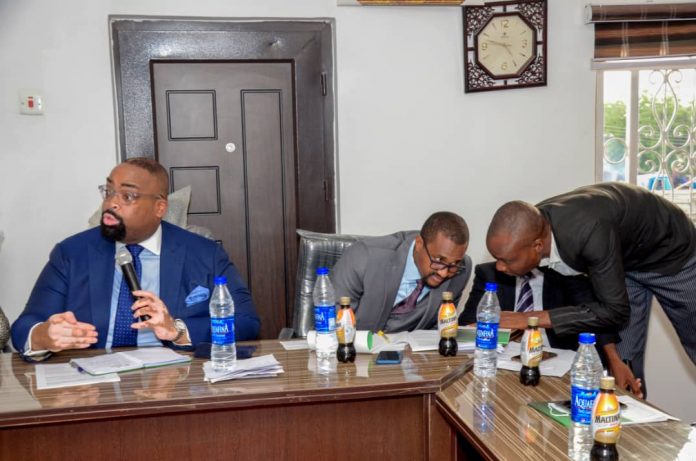 The attorney-general of federation (AGF), Abubakar Malami, will soon revert the controversial amendments to the Rules of Professional Conduct (RPC), the Nigeria Bar Association president, Olumide Akpata has assured.

Akpata said he was assuring members of the association based on the assurances he received from the AGF, who was alleged to be a principal player in the amendment hubbub.

The president told a consultative meeting with members of the association from the Kano and Ungogo branches on Thursday that he had a beneficial engagement with the AGF in which he voiced his worry over steps that may hurt the general interest of the association.

According to him, the AGF gave him his words to revert the amendments, quoting him to have said he would not be a party to anything that would destroy the Bar.

“The AGF is a Senior Advocate of Nigeria, a life bencher and a reputable legal practitioner, and I know he would not want to destroy the NBA”, Akpata said.

At the height of the controversy that trailed the amendment, Akpata had promised to engage the AGF on the matter.

“I have seen and read Statutory Instrument No. 15 of 2020 (the “Instrument”), making the rounds on social media and which purports to amend certain provisions of the 2007 Rules of Professional Conduct for Legal Practitioners (RPC).  Since the Instrument was released, I have received numerous calls and messages from lawyers across the country seeking clarification and guidance on the purport of the Instrument.

“By virtue of the Instrument, the following provisions of the RPC are to be deemed deleted:

“Let me assure our members that I am engaging closely with the HAGF on this issue and will provide further updates on our next steps in the coming days.  Indeed, as part of the commitment of the current administration of the NBA towards the welfare and capacity building of members and the overall improvement of the Bar, we intend to propose certain amendments to the RPC that will be critical to the attainment of those objectives. However, in doing this, we will ensure to carry our members along with a view to getting their buy-in as critical stakeholders”, he wrote then.