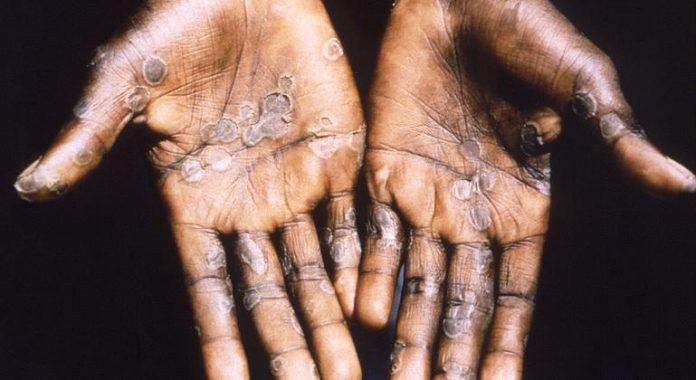 All what you need to know about Monkeypox

Monkeypox is not a new disease, and in some African countries it is endemic.

However, the international outbreak which began in May 2022, has prompted the World Health Organization (WHO) to declare a global health emergency. Here are some of the important things to know about monkeypox.

Monkeypox got its name in 1958, when it was detected in several laboratory apes. It is a zoonotic viral disease, which means it can be transmitted from animals to humans. It can also pass from human to human.

Human monkeypox was first identified in 1970 in the Democratic Republic of the Congo (DRC) in a 9-month-old boy, in a region where smallpox (a close relative) had been eliminated in 1968.

Symptoms are similar to those seen, in the past, in smallpox patients, but it is clinically less severe (smallpox was eradicated worldwide in 1980). In 2003, the first Monkeypox outbreak outside Africa was reported in the United States and was linked to contact with infected pet prairie dogs.

Despite the name, most of the animals susceptible to contracting the disease, and then infecting people, are rodents, such as Gambian giant rats, dormice, or tree squirrels.

Where is it typically found?

Monkeypox is most found in the rain forests of central and western Africa, where animals that can carry the virus are native, and the disease is endemic. In these countries, it is increasingly appearing in urban areas.

On occasion, it can also be found elsewhere, in people who could have been infected after visiting these countries.

What are the symptoms?

The rash usually begins on the first or third day of the onset of fever. The lesions may be flat or slightly raised, filled with clear or yellowish fluid, then crust over, dry up, and fall off.

The number of lesions varies, from a few to several thousand. The rash tends to appear on the face, the palms of the hands, and the soles of the feet. They can also be found in the mouth, genitals, and eyes.

Can people die from monkeypox?

In most cases, the symptoms of Monkeypox go away on their own within a few weeks but, in between three and six per cent of cases reported in countries where it is endemic, it can lead to medical complications and even death. New-born babies, children, and people with immune system deficiencies may be at risk of more severe symptoms and death from the disease.

In severe cases, symptoms include skin infections, pneumonia, confusion, and eye infections that can lead to vision loss.

Many of the fatal cases are children or people who may have other health conditions.

How is monkeypox transmitted from animals to humans?

The virus can be spread to people when they come into physical contact with infected animals, which include rodents and primates.

The risk of contracting it from animals can be reduced by avoiding unprotected contact with wild animals, especially those that are sick or dead (including contact with their flesh and blood).

It is crucial to stress that any food containing meat or animal parts should be cooked, especially in countries where Monkeypox is endemic.

How is it spread from person to person?

The virus is spread through physical contact with someone who has symptoms. Rashes, body fluids (such as fluids, pus, or blood from skin lesions), and scabs are particularly infectious.

Ulcers, lesions or sores can also be infectious since the virus can be spread through saliva. Contact with objects that have been in contact with the infected person – such as clothing, bedding, towels – or objects such as eating utensils can also represent a source of infection.

People who have the disease are contagious while they have symptoms (usually within the first two to four weeks). It is not clear whether or not people who are asymptomatic can transmit the disease.

Who is at risk of getting it?

Anyone who comes into physical contact with someone with symptoms or an infected animal, is at increased risk of infection.

Those who live with infected people have a high risk of infection. Health workers, by the very nature of their job, are at risk of exposure.

Children are often more likely to have severe symptoms than teens and adults.

The virus can also be transmitted from a pregnant woman to the foetus through the placenta, or through contact of an infected parent with the child, during or after delivery, through skin-to-skin contact.

How can I protect myself and others?

You can reduce the risk of contagion by limiting contact with people who suspect they have the disease, or are confirmed cases.

Those who live with infected people should encourage them to self-isolate and, if possible, cover any breaks in the skin (for example, by wearing clothing over the rash).

It is important to wear a face mask when in close proximity to the infected person, especially if they are coughing or have mouth sores, and when touching the clothing or bedding of an infected person. Avoid skin-to-skin contact by wearing disposable gloves.

Wash your hands frequently with soap and water or use an alcohol-based hand sanitizer, especially after coming into contact with the infected person, with their clothing (including sheets and towels), or touching other items or surfaces (such as utensils or dishes) that may have come into contact with rashes or respiratory secretions.

Clean and disinfect any contaminated surfaces and dispose of contaminated waste (such as dressings) properly, and wash the infected person’s clothing, towels, sheets, and eating utensils with warm water and detergent.

What should I do if I suspect that I have been infected?

If you think your symptoms might be related to Monkeypox, or if you have had close contact with someone who has these symptoms, or suspects that there is a possibility of being infected, notify your doctor immediately.

If possible, isolate yourself and avoid close contact with other people. Wash your hands frequently and follow the steps listed above to protect others from contagion. Your doctor, or other health professional, should take a sample for testing so you can get the right care.

Symptoms usually last two to four weeks and go away on their own without treatment.

Is there a vaccine?

There are several vaccines, developed for the prevention of smallpox that also provide some protection.

A smallpox vaccine (MVA-BN, also known as Imvamune, Imvanex, or Jynneos) was recently developed and approved in 2019 for use in preventing Monkeypox but it is not yet widely available.

The World Health Organization (WHO) is working with the manufacturer of the vaccine to improve access to it. People who have been vaccinated against smallpox in the past, will also have some protection.

Is there any treatment?

Symptoms often go away on their own without the need for treatment. It is important to care for the rash by letting it dry if possible or cover it with a moist bandage if necessary to protect the area.

Avoid touching any eye or mouth sores. Mouthwashes and eye drops can be used as long as products containing cortisone are avoided.

For severe cases, an antiviral agent known as tecovirimat, that was developed for smallpox, was licensed by the European Medicines Agency (EMA) for Monkeypox in 2022, based on data in animal and human studies. It is not yet widely available.

What do we know about the current outbreak?

In May 2022, cases were reported in more than 10 countries in non-endemic areas. Additional cases are being investigated. You can find the latest information on case numbers from the WHO here.

As of May 2022, there is no clear link between reported cases and travel from endemic countries, and no link to infected animals.

Studies are also underway in affected countries to determine the source of infection for each identified case and to provide medical care and limit further spread.

The WHO is working with all affected countries to improve surveillance and provide guidance on how to stop the spread and how to care for those who are infected.

Is there a risk that it will turn into a bigger outbreak?

Monkeypox is generally not considered highly contagious because it requires close physical contact with someone who is contagious (for example, skin-to-skin). The risk to the public is low.

However, the WHO is responding to this outbreak as a high priority to prevent further spread; for many years Monkeypox has been considered a priority pathogen. Identifying how the virus is spreading and protecting more people from becoming infected is a priority for the UN agency

Is monkeypox a sexually transmitted infection?

The condition can be spread from one person to another through close physical contact, including sexual contact. However, it is currently unknown whether it can be spread through sexual transmission (for example, through semen or vaginal fluids). However, direct skin-to-skin contact with lesions during sexual activities can spread the virus.

Rashes can sometimes appear on the genitals and in the mouth, which probably contributes to transmission during sexual contact. Therefore, mouth-to-skin contact could cause transmission when there are lesions in one of these parts.

The rashes can also resemble some sexually transmitted diseases, such as herpes and syphilis. This may explain why several of the cases in the current outbreak have been identified among men seeking care at sexual health clinics.

The risk of becoming infected is not limited to sexually active people or men who have sex with men. Anyone who has close physical contact with someone who is contagious is at risk.

Messages that stigmatize certain groups of people around this outbreak have been circulating: the WHO has made it clear that this is unacceptable.

Anyone who has close physical contact of any kind with someone with Monkeypox is at risk, regardless of who they are, what they do, who they choose to have sex with, or any other factor.

The WHO points out that it is inadmissible to stigmatize people because of a disease.

Anyone who has been infected, or who is helping care for people who are unwell, should be supported: stigma is likely to only make things worse and slow efforts to end the outbreak.

Share your thoughts on the story All what you need to know about Monkeypox with Nigerian Sketch in the comments section.