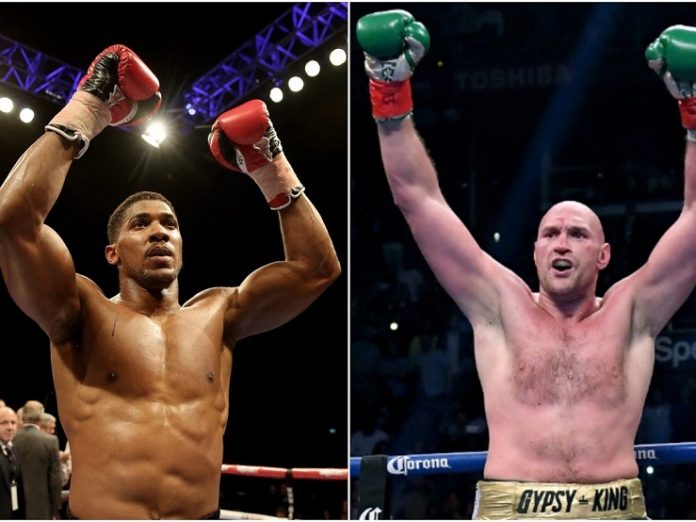 Tyson Fury, in his characteristic manner, took to social media Monday afternoon to offer Anthony Joshua a chance to fight for the WBC titles.

Fury said in a video: “You’ve all heard that I’m going to be fighting within the next few months, and before I announce an opponent, I need to do this just in case.

“Anthony Joshua, I know you’ve just lost a fight to Usyk, and I know you’re belt-less at the moment, and I’d like to give you an opportunity to fight me for the WBC heavyweight championship of the world and the lineal championship in the next few months.

“You’re coming off a 12-round fight so you’re match fit, you’re ready, I’m giving you a few months’ notice.

“If you’re interested, I’ll send you the date over and we can rumble – a battle of Britain for the WBC heavyweight championship of the world.”

Surprisingly, Joshua replied to the Fury challenge on Twitter.

He tweeted: “Yea calm. I don’t do the online discussions just for clout, so if your really about it shout @258mgt. I’ll be ready in December. Khalas”

Fury had initially announced he was retiring from the sport after his comfortable win against Dillian Whyte in April, but has become really agitated after the Joshua-Usyk rematch, first asking for a bout with the Ukranian, and now tempting his fellow Briton.

Joshua recently lost his rematch against Oleksandr Usyk in Saudi Arabia, despite putting in a much-improved performance, he was no match for the tricky Ukrainian. Usyk successfully defended his WBA, IBF, WBO and IBO titles.

Usyk said after his win against Joshua that he wanted to fight Fury, but he has recently ruled out a fight happening this year.

He said: “It won’t happen this year, that’s for sure. I’m totally healthy and don’t have any injuries, but I have old traumas which have resurfaced, and which need to be treated. I will need up to two months to recuperate.”