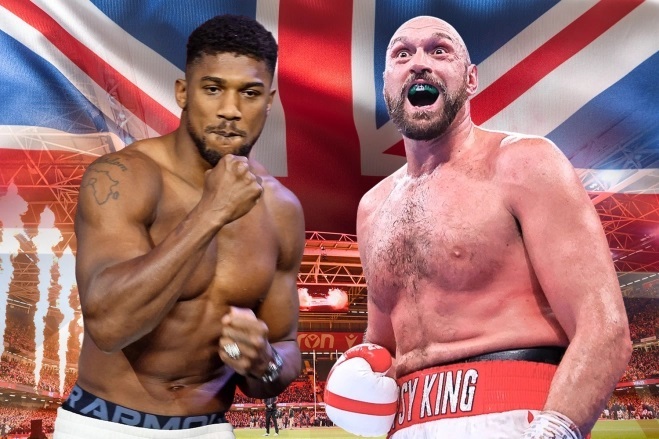 Anthony Joshua confirmed he has agreed to a 60-40 purse split with Tyson Fury ahead of a potential December 3 fight.

All terms presented were accepted last Friday, but all communication was halted due to the passing of The Queen.

WBC champ Fury will take home 60 per cent of what is expected to be the biggest purse in the history of British boxing, while Joshua has settled for 40.

A Twitter statement by 258MGT read: “258 and @MatchroomBoxing can confirm, on behalf of @anthonyjoshua, that we accepted all terms presented to us by Fury’s team for a fight Dec 3rd last Friday.

“Due to the Queen’s passing, it was agreed to halt all communication. We are awaiting a response.”

The Watford hero was also ranked No6 by the WBC.

The Mexican sanctioning body have always blanked AJ as he had never fought for any of their heavyweight titles and was the WBA, IBF and WBO boss twice.

But, in order for 34-year-old Fury to make a voluntary defence of his crown on December 3 in Cardiff against his 32-year-old rival, it helps if Joshua is top-15.

Without the lofty ranking, the fight would have needed special dispensation as the WBC has a long list of contenders who have been paying sanctioning fees for eliminators and lesser belts.

But now the London 2012 golden boy is rated above the likes of considered Fury opponents like Otto Wallin (8) and Mahmoud Charr (19) little seems to stand in the way of a winter Battle of Britain between the two.

Fury’s broadcasters BT Sport have also been convinced by the champ to consider a form of deal with Joshua’s DAZN app.