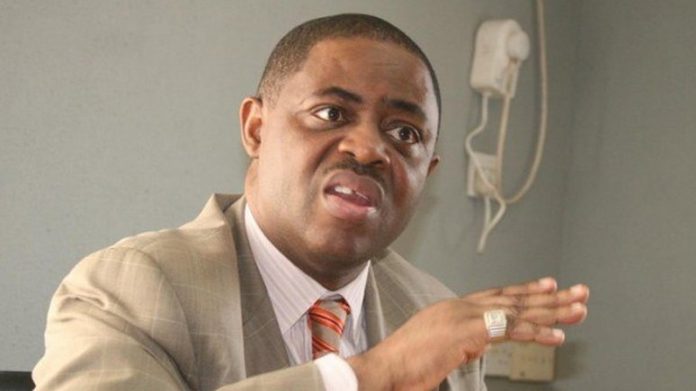 Director-General of the Progressive Governors’ Forum (PGF), Salihu Moh. Lukman, has said admitting former aviation minister, Femi Fani-Kayode, into the All Progressives Congress (APC), would mean that the party is ‘rewarding scandalous behaviour’.

He advised the party this in a statement issued Tuesday titled “APC: Reminder about Our Values”, not to admit someone like Fani-Kayode, asking whether the party leadership would also contemplate admitting secession agitator, Nnamdi Kanu or Boko Haram leader, Abubakar Shekau into its fold.

He said, “For our leaders to associate themselves with Mr Fani-Kayode, is simply rewarding scandalous behaviour. Mr Fani-Kayode has fabricated stories, distorted, insulted and damaged information about our party and our leaders. The elementary rule of decency would require some good distance between our leaders and such a person.

“Not even the Ward leaders where he is located should be associated with him except for reasons of family ties. By the way, the Caretaker Committee of our party should avoid a situation whereby it takes a decision on issues that are very weighty without consultations. On no account should anyone with the kind of baggage of Mr Fani-Kayode be invited to join the party without clearance from a statutory structure of the party? In this particular instance, the National Caucus should be the clearinghouse.”

He expressed confidence in President Muhammadu Buhari not to approve the “deranged possibility” of having to subject Nigerians to one day wake up to see pictures of APC leaders presenting Fani-Kayode to him as a member of the party.

There are speculations that Mr Fani-Kayode is on his way to join the APC, and the statement is Lukman’s reaction to the rumours.

He said “That our leaders will be meeting with Mr Fani-Kayode in such a compromising way, suggesting that he may be on his way to joining our party, clearly indicates that either those of us saddled with the responsibility of advising them have failed or we have been completely cut off.

“How can a person who just a few days, if not a few hours ago wrote to one of our leaders and derogatorily and condescendingly condemned his political prospects of emerging as the Presidential candidate of our party, be given such a high-level reception? Assuming the open letter to our National Leader, which is all over our media at the time of such reception, wasn’t offensive, what of the open letter he wrote to President Muhammadu Buhari last year?

“Besides the open letters, what abusive language has he not used against our party and our leaders? Most of these are unprintable. A typical example of the kind of abuses he spat on our leaders and our party can be demonstrated with his response to a tweet by Mr Femi Adesina, Special Adviser to President Buhari on Information, last May 2020. Mr Adesina argued that President Buhari’s emergence as President saved the country. Responding, Mr Fani-Kayode said: ‘Not so my friend. The emergence of Buhari in 2015 annihilated Nigeria and plunged her into darkness, death and destruction. He came to steal, kill and destroy and for the last disastrous 5 years that is all he has done.’

“Without being academic in any way, the issue of values is basically about the qualities of people and the vision they hold. What kind of people are we aspiring to attract into our party? Do we want to reduce our party into one in which everybody is welcome? Can we for instance in any way or form contemplate having a Nnamdi Kanu or Abubakar Shekau as a member? If that were to be the case, why don’t we just have INEC register IPOB and Boko Haram as political parties and allow them to field candidates for elections?

“We may be tempted to argue that Mr Fani-Kayode is not Nnamdi Kanu or Abubakar Shekau. It is however difficult to fathom what qualifies him to be associated with our leaders at that high level? At this rate, one day, Nigerians will just wake and see some of our leaders presenting Mr Fani-Kayode to President Buhari as a new member of our party. Although we can confidently argue that President Buhari will not approve such deranged possibility, it is important to caution that such consideration will be stretching the trust of party members beyond acceptable limits.

“Although issues of values in politics easily gets compromised, as Mr Barack Obama, former President of the United States cautioned in the book The Audacity of Hope – Thoughts on Reclaiming the American Dream, it is important to appeal to our leaders to moderate their consideration in terms of who they associate with, especially if it will lead to an invitation to joining the APC.”