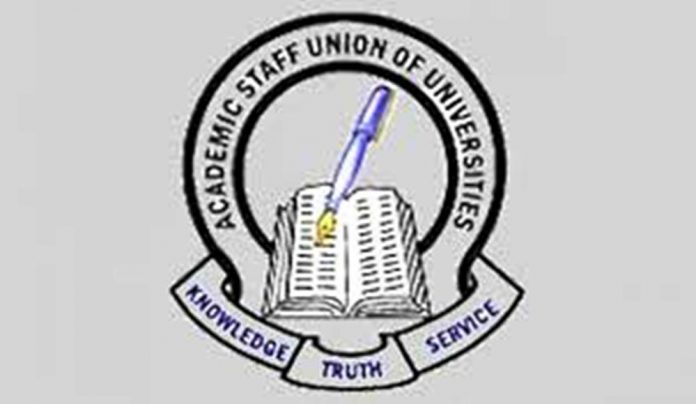 ASUU: The Metaphor Of Militancy In Unionism

As a retired, defeated and disheartened unionist, I am always dispirited when it comes to the placement of enthusiasm in the outcomes of discussions between the government and the governed.

It is mostly a one-way traffic, even where the government pretends to adhere to the cardinal democratic tenet of protecting the Human Rights of all parties and abiding by the rules of the game. Negotiations may begin with merriment, but they mostly end up in misery.

As a union, ASUU had been a victim several times. Perhaps the Buhari regime would go down in history as the first to appease the lecturers.

Yesterday Friday, 20/11/2020, reports have it that, the Academic Staff Union of Universities, ASUU, and the Federal Government of Nigeria are on the verge of reaching an agreement, after the government had decided to exempt the union from the thorny Integrated Payroll and Personnel Information System, IPPIS. In place of the IPPIS, the university lecturers are expected to develop their own payment platform, to be called the University Transparency and Accountability Solution, UTAS.

Hurrah! Perhaps the Buhari regime, would go down in history, as the first to appease ASUU.

For nearly a year now, lecturers, under the aegis of ASUU, have been on strike because of some technical issues that have to do with the Earned Academic Allowances to university, and the revitalisation fund, but after a long period of negotiations, the government offered to shift grounds, by raising the amounts to a level that may appease the lecturers.

Although the meeting was inconclusive, as ASUU requested for an adjournment till next week Friday, in order for it to report back to members.

The fact that the union is able to convince the government this far says a lot about the willingness of the administration to succumb to the voice of logic. Perhaps the Buhari regime would go down in history as the first to appease ASUU.

Since inception in 1978, the year I entered the university, when the Nigerian Association of University Teachers, transmuted to ASUU, the union has been involved in active clashes and engagements with various regimes, most of them military.

In 1988, ASUU organized a National Strike to obtain fair wages and university autonomy. That didn’t go down well with the government of the day, which seized all its properties and proscribed the union till 1990. Two years later, ASUU was again banned as a result of another strike in 1992.

Sometimes around this period of the early nineties, while I was a reporter, with IBB as the President of Nigeria, and Professor Attahiru Jega as the President of ASUU, I had cause to hide Jega in my house for some days, because the military was seeking to trace and trounce him, due to the militancy of ASUU.

Again between 1994 and 1996, ASUU was on strike against the dismissal of some staff by the military regime of late Gen, Sani Abacha.

Even after the return to democracy, in 2007, ASUU went on strike for three months. In May 2008, it held two one-week “warning strikes” to press a range of demands, including an improved salary scheme and reinstatement of 49 lecturers who were dismissed many years earlier.

In June 2009, ASUU ordered its members in federal and state universities nationwide to proceed on an indefinite strike, over disagreements with the Federal Government on an agreement it reached with the union about two and a half years earlier. After three months of strikes, in October 2009, the union and other staff unions signed a memorandum of understanding with the government and called off the industrial action.

On 1 July 2013, ASUU embarked on another strike which lasted 5 months and 15 days. Claims made by ASUU in regards to the strike were centered largely on funding and revitalization of Nigerian public universities, as well as the Earned Allowance, which it claims to be in arrears of N92b. The Buhari regime is the first to bend backward on this, as such, it may perhaps be the first to appease ASUU.

Some Nigerian students said that these incessant strikes are a curse to them, a situation that compelled the Law Students Association of Nigeria (LAWSAN), to drag ASUU before a Federal High Court in Abuja, seeking an order to compel the lecturers to return to the classroom, as well as an order of perpetual injunction to restrain them from embarking on further industrial actions.

The history of ASUU cannot be written without citing militancy as a metaphor that is consistent or even symbolic to the logo of the union.

As a retired and tired unionist, I give credits to ASUU for the dogged fight, but more credits to Buhari for being democratically considerate.

What remains to be seen is the sensitivity of ASUU’s sensibility.