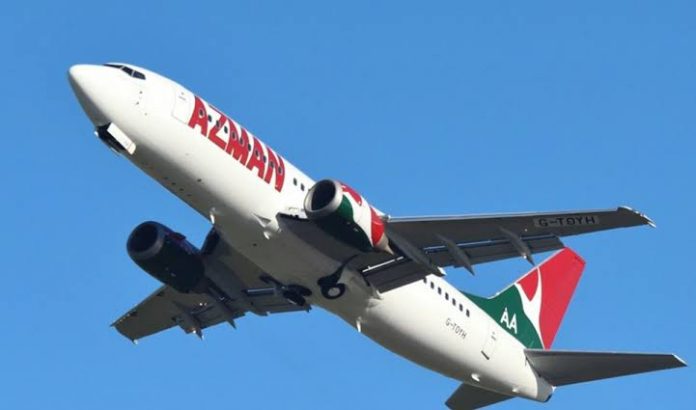 AZMAN AIR: From Tarmac Tragedy to Terminal Trauma
On the16th of March this year, the Nigerian Civil Aviation Authority, NCAA, announced the suspension of Azman Air with immediate effect, over what it called, “series of incidents” with it’s 737s.
The announcement read, “The suspension is to enable the authority conduct an audit of the airline to determine the root causes of the incidents, and recommend corrective actions. We regret the inconvenience this action may cause to the public, particularly to Azman Air passengers. But the need to ensure the safety of air transport, and protect the public interest, cannot be compromised.”
That action was taken pursuant to a series of complaints about compromises on passenger safety, mostly observed at the tarmac, one of which happened in February, when one of the company’s aircrafts landed with a burst tyre in Lagos. This was a terrifying tarmac experience of unimaginable proportion to the passengers.
Sometimes back, few weeks to the suspension, a friend, who was travelling to Daura via Kano from Abuja, narrated the terrible torture they had in the hands of Azman Air. Their flight was billed for afternoon, but the departure time was repeatedly delayed by one hour each time, until they lost count of the times.
Not only were the passengers pushed to frustration, some were made to wonder if at all there is a body charged with the responsibility of checking the activities of Airlines in Nigeria. My friend said, the pilot’s announcement on arrival at the Mallam Aminu Kano airport was, “Good morning ladies and gentleman. Welcome to Kano, where the time is one minute past the hour of 12 midnight”. This is for a flight that was scheduled to arrive in Kano the previous day.
If you calculate the inconveniences caused to passengers and their supporting staff, like drivers, and for passengers like my friend that was on transit, the cost could come extremely colossal. Azman Air is not perturbed by such inconveniences to anyone.
Other violations the NCAA listed against Azman included, an unsettled debt of 1.545 billion naira owed as at December 2020. Also included is the “incompetence” of both Azman’s maintenance director as well as chief pilot, both of whom were blamed for a poor culture of safety at the airline.
However, after close to two months in suspension, the NCAA announced the lifting of the suspension, giving customers the impression that the airline would have learnt it’s mistakes.
In a statement on May 1, 2021, the NCAA confirmed it had reviewed, “the corrective action plans that were developed and implemented to address the non-compliance and non-conformances identified by the audit and found them satisfactory. In view of the above, the authority hereby lifts the suspension of Parts A3 and D43 of the operations specifications issued to Azman Air”.
While on suspension, Azman Air was forced to publically apologize to the NCAA’s director-general, Musa Nuhu, after airline staff, in an official airline press release, levelled allegations of “unprofessionalism and extortion” against him. Azman management subsequently repudiated the statement and expressed it’s regret to Nuhu and the NCAA.
But if NCAA thinks Azman had learnt anything from the suspension, then the authority needs to have a rethink. As far as flight delays, passenger comfort and time are concerned, Azman remains nonchalant and completely business unfriendly.
Yesterday, Tuesday 25/05/21, passengers on flight ZQ2333, from Abuja to Kano were subjected to a more horrifying ordeal than what was suffered by my Daura bound friend. The flight was billed to depart Abuja at 6.54 pm, but in it’s characteristic indifference to the plight of passengers, Azman kept them at the terminal in Abuja till 2.45am this morning. They arrived Kano around 4.00 am. Infact many have not gotten home as I write this artticle. Every passenger on any flight of Azman yesterday, was made to suffer horrendously.
And typically, the usual announcement from the airline is, we sincerely apologize for the delay, passing the blame on to operational problems. This is not only nasty, but savagely cruel.
In saner societies, the department of Transportation, which is the equivalent of the NCAA in Nigeria, provides some relief from tarmac delays and seek to protect passengers’ rights. There are regulations that set limits on the amount of time airlines can keep passengers on a delayed domestic flight, and spell out what airlines must provide within hours of a tarmac delay, to make passengers as comfortable as possible. Hefty fines are imposed on airlines who don’t comply. But not in Nigeria, where airlines take delight in subjecting passengers to all manner of torture at the terminal, with Azman taking the lead in such barbarism.
Many researchers have concluded that air transport has become a basic and vital segment of Nigerian business and social life. This is because Air transportation has some specific characteristics that give it natural advantages over other compelling transport mode, particularly now that security challenge is added to the problems. But not with Azman Air.
Ease, safety and Speed are the major advantages of travelling by air. But now delays, which are the hallmark, and peculiarly prevalent with Azman, are increasingly turning air travel traumatic, and avoidably unpleasant.
Yes, there is the need to sanction Azman Air the more, because it is archaic in approach and arrogantly abusive to the comfort and security of passengers.