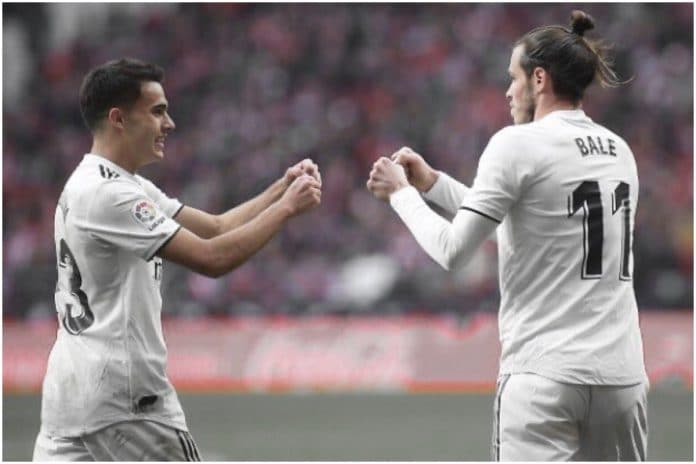 Gareth Bale and Sergio Reguilon have left Real Madrid to join Premier League side Tottenham before the transfer window closes, according to reports.

If this went as planned, it will come as a huge boost to Jose Mourinho who has been under pressure since his side’s 1-0 loss to Everton in the opening day fixture. Bale has been consistently linked with a return to his former club after being stifled at Zinedine Zidane’s Madrid’s squad.

Manchester United were preferred to sign Reguilon from Los Blancos after an impressive loan spell with Sevilla.

The Spanish left-back played a major role in helping the La Liga club win the Europa League last season after defeating United and Inter Milan in the finals respectively.

Reports by Sky Sports’ Fabrizio Romano wrote on his Twitter handle indicated that the two have left the club to complete a loan and permanent deals respectively with Tottenham.

Romano said Bale will be signed on a season-long loan deal while Reguilon will complete a permanent transfer to the north London outfit.

Do you think the two players could help Mourinho make his squad better?

Share your thought with Nigerian Sketch in the comments section below.