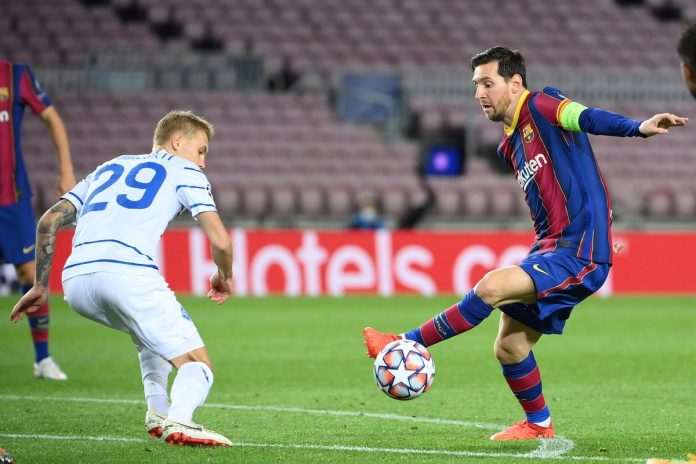 Lionel Messi scored as Barcelona overcame a depleted Dynamo Kiev 2-1 in the Champions League on Wednesday, while Juventus eased Ferencvaros aside and Manchester United slumped to an unexpected defeat in Turkey.

Nine-man Paris Saint-Germain lost to RB Leipzig in a repeat of last season’s semi-final and Chelsea proved too strong for Rennes, with Timo Werner twice converting from the penalty spot.

Making his 150th appearance in European competition, Messi dispatched an early penalty at Camp Nou after he was fouled in the area and Gerard Pique headed in Ansu Fati’s cross on the hour.

“We are happy because we won,” said Barca coach Ronald Koeman. “But we have to play better than we did today. We have to improve, above all without the ball, where we haven’t played well.”

Cristiano Ronaldo made his first start for the Italian champions since September after testing positive for Covid-19 in a 4-1 win at Hungarian side Ferencvaros.

However, the Portuguese star was outshone in Budapest by Alvaro Morata, whose two goals put Andrea Pirlo’s team in control.

Paulo Dybala added a third before an own goal from Lasha Dvali, with Franck Boli netting for the hosts in the final minute.

Demba Ba collected the ball just inside his own half and raced through to beat goalkeeper Dean Henderson on 13 minutes, with Edin Visca smashing in a second after Juan Mata was stripped of possession.

Anthony Martial’s header cut the deficit before half-time but United saw their momentum in Group H halted after wins over PSG and RB Leipzig last month.

“You don’t just turn up and get three points in the Champions League. We weren’t good enough, that’s it. It’s not easy to be positive when you’ve lost the way we did,” Solskjaer told BT Sport.

Share your thoughts on the story with Nigeria Sketch in the comments section below.