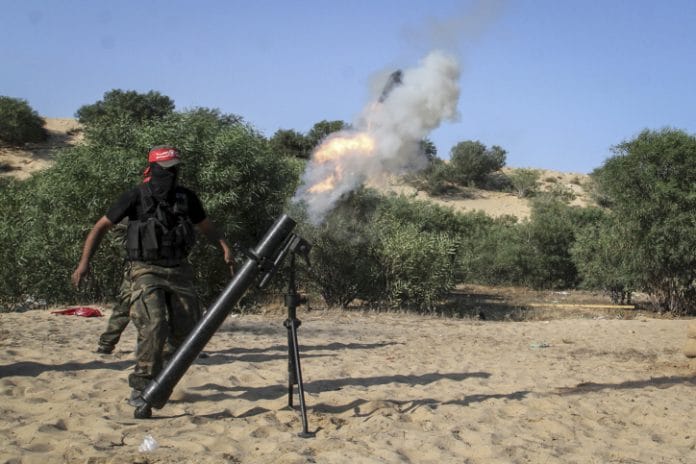 The insurgents fired two volleys of explosives on the city, hitting the densely populated Adamkolo and Gwange neighbourhoods, the report said.

“We have six dead in Adamkolo and four others in Gwange from the mortar explosions,” AFP quoted militia leader Babakura Kolo to have said.

“The explosives were fired by Boko Haram terrorists from Kaleri on the outskirts of the city,” he said.

At least 16 people were injured in Gwange and five in Adamkolo, the medium quoted another militiaman, Umar Ari, to have said.

It also quoted an eyewitness, Sama’ila Ibrahim, to have said the jihadists crossed the ditch fortification around Maiduguri into Kaleri, sending residents scrambling for safety with sporadic shooting.

“Luckily they didn’t hit anyone. After shooting more minutes they left towards Boboshe,”

The medium estimated that since 2009 when the terrorists started their operations, they have killed 36,000 people and displaced around two million from their homes in northeast Nigeria, sparking a dire humanitarian crisis in the region.

Share your thoughts on the story Boko Haram Fires Explosives on Maiduguri, Kills 10, Wounds Many with Nigerian Sketch in the comments section below