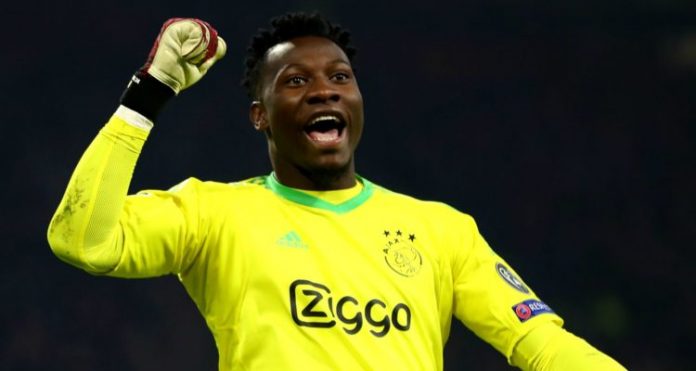 Ajax may be without goalkeeper Andre Onana for their Champions League clash with Liverpool later this month.

RTL reported that the Cameroonian has tested positive for COVID-19 on international duty, meaning he now has to self-isolate for two weeks if the information is true.

Liverpool will be making the trip to the Netherlands on October 21st, and that would mean Onana is unavailable for the clash.

The 24-year-old is a key man for Ajax in recent years, helping them come within seconds of reaching the Champions League final in 2018/19.

With Onana missing, Liverpool will hope to cash in on his absence.

The Reds could be given a stern test by Erik ten Hag’s side at the Johan Cruyff Arena, with the Dutch giants mirroring Liverpool’s start to the league campaign, winning three matches and losing one in the Eredivisie.

However, Onana posted an image on Instagram on Friday stating that he has now tested negative for COVIC-19, which means that he is set to play against Liverpool at the Amsterdam ArenA.

In six Champions League appearances last season, Onana averaged a player rating of 7.18, meaning tha he is a good goalkeeper, and Liverpool’s forwards would have to work hard.

If Onana would not be  playing, the hugely experienced Maarten Stelekenburg could come into the team, but the 38-year-old’s lack of football means Liverpool should aim to test him at every opportunity.

Stekelenburg made only 26 appearances in four years for Everton before returning to Ajax.

Share your views on the story CHAMPIONS LEAGUE: Liverpool Excited as Ajax’s Goalkeeper Onana May Miss Clash with Nigerian Sketch in the comments section below.