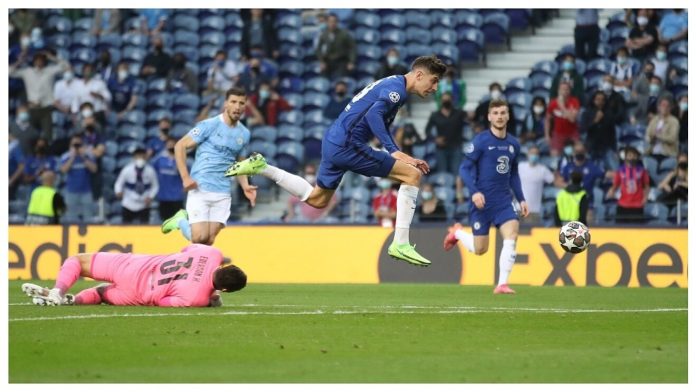 “I am shocked how Manchester City can show up for a Champions League Final without a natural defensive midfielder and a striker!! Chelsea I feel could easily get a well-deserved 3-0 up in my opinion. Curious to see what second half awaits us,” Oliseh tweeted at the end of first half.

Kai Havertz scored for Chelsea in the 42nd minute in one of the counter attacks that characterised the game.

Oliseh was not satisfied with Guardiola’s tactic of not starting the game with a natural stiker or defensive midfielder.

Guardiola had captain Fernandinho, Sergio Aguero and Gabriel Jesus fit, but he failed to start any of them, playing without a recognised striker or defensive midfielder.

Though Guardiola later brought in the three players, with Jesus replacing Kevin De Bruyne in the 60th minute; Fernandinho replacing Bernardo Silva in the 64th minute; and Aguero came in for Raheem Sterling in the 70th minute, but the game was already lost as Chelsea defended their only goal with all what they had.

Share your thoughts on the story Chelsea Could Have Scored Manchester City 3-0 By Halftime, Says Sunday Oliseh with Nigerian Sketch in the comments section below.