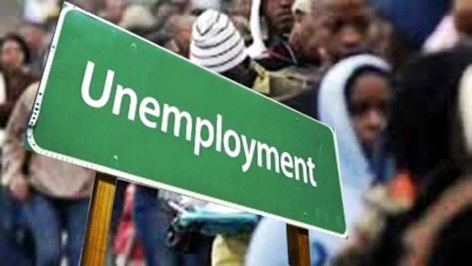 CHILDREN OF ASUU: Accentuating the concept of “Ma’un” in a closed political space

“Seest thou one who denies the judgement (to come)

Then such is the (man) who repulses the orphan (with harshness),

and encourage not the feeding of the indigent

so, woe to the worshippers, who are neglectful of their prayers,

Recently, the Academic Staff Union of Universities (ASUU) went on their mutually destined journey (ritually called the ASSU strike) and our children are back home, received with the ecumenical calmness of “it is well”, but we do know that it is not well with our educational system.

This is just a fraction of what the entire polity is going through.

Recently, on a radio programme “Atlas”, a morning commentary talk show on 99.6 Cool F.M. in Kano, a journalist, Adeola Ajakaiye’s speech gave birth to this write-up.

When a nation starts giving birth to despondent youth, then you ask, which future awaits her?

It is on the basis of this thought pattern I intend to dilate this unfolding scenario.

The agelong statement in Nigeria, “The children (youths) are the leaders of tomorrow”, the futility of this fallacy dawn on us as the days goes by.

As much of a realist that I am, I do believe that the future beckons to youth that are adequately prepared, but ours are obviously not been piloted along this axis.

Let’s look at the demography of the Nigerian youth.

I need not go further.

The relative percentage left are those in the skilled labour, ICT, fashion, theatre arts and sports industries.

Here, the Qur’anic epitaph to this write-up comes to play.

Nigeria has been adjudged to accommodate fastest growing religious communities of people in the world. We love God a lot and hymn praises unto His glories.

One of the fallouts of the auguries of Ukraine is that: A Nigerian owns the largest worship place.

But, let us ponder a little, if really as a nation of righteous people whose president is a devout Muslim and the vice president a devout Christian, how can the demography of our future be like the shattered emblem of a fallen hero?

In the end, it all boils down to the extensive alienation of a chunk of the social fabric that lubricate the growth of any socio-political space.

All these have led to the constant friction of state actors with the academic arm of state in a never-ending duel; in a race to outshine each other over the dwindling appropriation of state revenues.

Share your thoughts on the story CHILDREN OF ASUU: Accentuating the concept of “Ma’un” in a closed political space with NigerianSketch in the comments section.