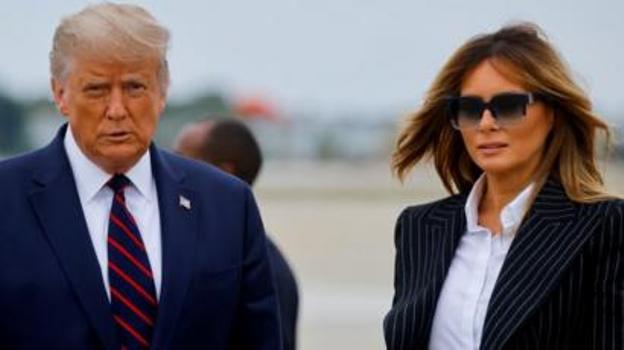 Reacting to what it called “false claims”, the BBC’s anti-disinformation unit said it has analysed claims that US president, Donald Trump, had dismissed COVID-19 as hoax and that his and his wife’s positive test results may be ‘fake’.

The medium’s Kris Bramwell alongside Upasana Bhat, Alistair Coleman, Christopher Giles, and Olga Robinson, on October 2 2020, concluded in a published report that although Trump may have himself spread a whole lot of misinformation about COVID-19, he had never specifically said it was hoax.

“The president himself has garnered a reputation for spreading misleading claims about coronavirus and for playing down its severity. And that has provided plenty of grist for his opponents.

“On the other hand, fans of President Trump who subscribe to the QAnon movement have their own, very different take on the situation.

“They say Trump is “pretending” to have Covid-19 – since many of them believe the pandemic is a hoax – in a bid to trick the so-called “deep state.”

BBC said “There’s no evidence to support any of this.”

No Evidence Test Result was ‘Fake’

Read BBC’s take on claims that Trump may be faking his infection:

Some opponents of the president were quick to cast suspicion on the diagnosis.

In a long post on Facebook, documentary-maker Michael Moore suggested the president was using the virus to gain public sympathy.

He said: “He needs badly to totally change the conversation about this campaign. And he just has.

“He knows being sick tends to gain one sympathy. He’s not above weaponizing this.”

Others went further, claiming outright – albeit without evidence – that the diagnosis was fake.

And some people suggested the announcement was a move designed to avoid further debates with Democratic presidential candidate Joe Biden.

BBC however said there was “nothing to suggest that President Trump or the first lady are lying about their results.

“The diagnosis is an evaluation carried out by medical professionals and many people will have been involved in the process. Officials at the White House are now involved in a complex and elaborate process of contact tracing, a procedure that a BBC correspondent has witnessed.

“As part of this process “core members” of the Trump administration have been tested for the virus, with some tests coming back negative, according to Mark Meadows, the White House chief of staff.

“The president’s positive test means the illness is likely to dominate most of the rest of the election campaign. And as public polls indicate that a majority of Americans are unsatisfied with the president’s response to the pandemic, a focus on Covid-19 would not appear to boost the chances of his re-election.

What do you make of all of this?

Share your views with Nigerian Sketch in the comments section below.