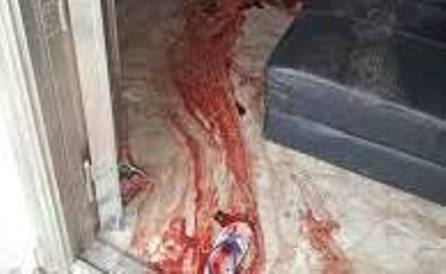 Furtherr details have emerged on how the Department of State Service (DSS) raided the Ibadan home of Sunday Igboho on Thursday.

DSS admitted that its operatives carried out the Thursday attack on Igboho’s residence, saying they killed two of his allies and arrested nine.

Igboho has been in the forefront of agitations for the secession of the Yoruba from Nigeria, saying the country can no longer hold as a single entity.

This has pitted him against the federal government and its security agencies.

A Nigerian online medium, TheCable, quoted a source to have detailed how the attack on Igboho’s home was carried out by the DSS.

The source said the “gunmen came with a detailed map of the house and when they could not break down the gates of the house, they managed to climb the fence to gain entry into the vast premises.”

The source said the attackers dispatched themselves to different parts of the building, shooting at every object as they moved around the premises.

According to the source, “they came with sophisticated weapons, one that will be difficult for Igboho boys to match even if they had wanted to fight back with force. They came in many vehicles.

“They blocked the entrance leading to the Soka community where the house is located and surrounded the building. They were pointing to rooms and naming occupants.

“They recognised the apartment Igboho stayed and his room. They gained entrance to his living room, turning all furniture upside down while calling on him to come out.

“They also turned his mattress upside down looking for him under the bed. When they could not find him, they started shooting at the ceiling, thinking he was hiding up there. Their bullets pierced through the ceiling decorations, bringing down the POP and creating holes in the roof.

“One of them later said that there were many cats in the house and he could have turned to one of them with his charm. They started killing the cats, stamping on the kittens. One of the cats just gave birth. They took them away with the bodies of the two people killed.

“One of the people killed was an Alfa who just finished his prayers. The other deceased was caught inside the visitors’ room. There were other people in the house apart from the deceased. Residents of the area were shouting ‘don’t kill Igboho’ but the onslaught continued.

“Outside the building, the attackers within the compound were busy spraying the cars and walls of the houses with bullets. They brought down doors from their hinges also. We counted more than 300 expended bullets when the day broke.”

Share your thoughts on the story Details of DSS’ Raid on Igboho’s Home Emerge with Nigerian Sketch in the comments section below.