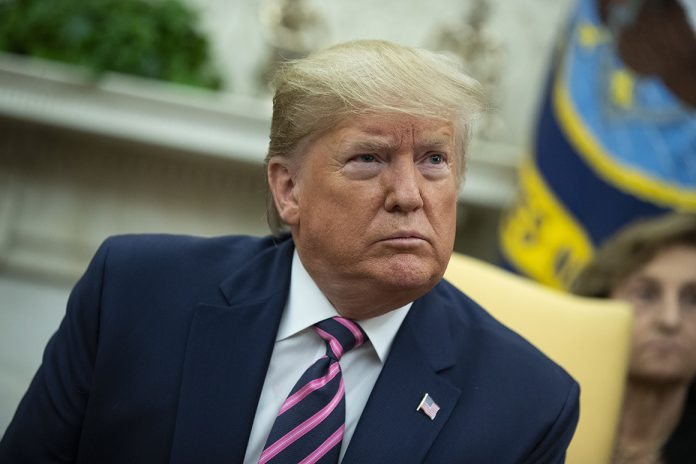 US president, Donald Trump, may be discharged from Walter Reed Medical Center later today (Monday 5) if the team of doctors treating him for COVID-19 give the nod any time soon, NBC News reported.

Nigerian Sketch observes that his discharge today will give the impression that his condition has improved, even though it will also spark further criticism of his administration’s officials that they have not been forthcoming with information on his condition, especially given the numerous treatments he is reported to have been taking.

Trump, 74, who was admitted to the hospital Friday evening after disclosing that he and his wife had tested positive for COVID-19, has been very ac social platforms, especially on Tweeter

He was also seen on Sunday in a surprise drive-by appearance outside the hospital, where he waved to his supporters from the backseat window of an SUV.

Trump’s chief of staff, Mark Meadows, told NBC News on Monday that “We are still optimistic that based on his unbelievable progress and — and how strong he has been in terms of his fight against this COVID-19 disease, that he will be released, but that decision won’t be made until later today.”

The president’s doctors said on Sunday said that they were treating him with the steroid dexamethasone.

Dr. Sean Conley, who has been his personal physician, said the president has taken the experimental antiviral therapy Remdesivir, along with zinc, vitamin D, melatonin, a daily aspirin and the histamine-blocker famotidine.

But his return discharge from Walter Reed on Monday would mean that he would likely be isolated within the White House as he might still be infectious.

Meanwhile, First Lady Melania Trump tweeted on Monday that she was “feeling good & will continue to rest at home.”

She thanked medical staff and caretakers, and said she was praying for those affected by Covid-19.

“My family is grateful for all of the prayers & support! I am feeling good & will continue to rest at home. Thank you to medical staff & caretakers everywhere, & my continued prayers for those who are ill or have a family member impacted by the virus”, she said in the tweet.