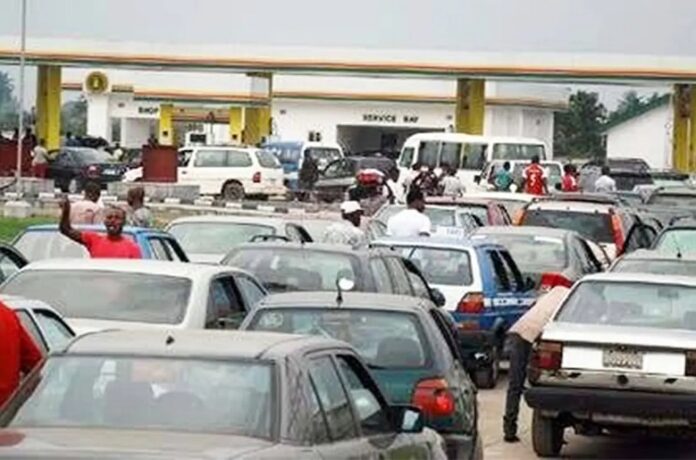 The Department of State Services (DSS) is set to raid all fuel stations, quizzing any marketer hoarding fuel, in a bid to end the lingering fuel crisis that has continued for some month in Nigeria.

The DSS said the meeting was called to address the challenges of fuel scarcity which is beginning to cause a national threat and could escalate into problems if not properly handled.

Speaking after the meeting held at the DSS headquarters in Abuja Thursday night, the spokesperson of the DSS, Peter Afunanya said the Service is ready to take action against any filling stations or marketers or oil stakeholders who reneged on the agreement reached at the meeting, which would see the disappearance of fuel queue in the next 48 hours.

The DSS said the meeting was called because the Service can not sit back and watch the current scarcity of fuel despite the obvious availability of the product, which could lead to economic sabotage and threat to the nation.

Afunanya said part of the resolutions reached at the end of the meeting include the agreement that the NNPC will provide fuel at normal and affordable official rates to all marketers.

The meeting also resolved that marketers who operate in the depot will work on a 24-hour basis to ensure that fuel products supply are adequate.

The meeting also resolved that all challenges of fuel scarcity and queues in the country must be cleared within 24 hours or 48 hours.

The DSS said as part of the agreement, it will ensure protection and provision of security to all marketers and their products across the country while moving oil products.

The meeting also resolved that there was sufficient fuel as the NNPC said they have about 1.9 billion litres of fuel at the depot currently.