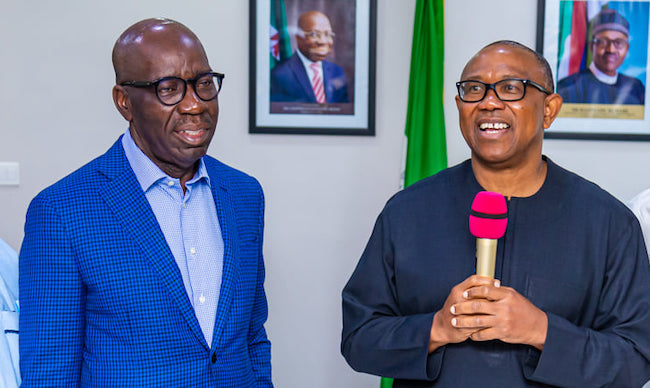 The Edo State governor, Godwin Obaseki, has given reasons why his government denied Labour Party (LP) access to use the Samuel Ogbemudia Stadium for the party’s rally, saying the party was not serious.

“I expect they should be more serious”, Obaseki said.

A chieftain of the LP in Edo State, Evangelist Tony Ekhine, told a Nigerian daily that he personally wrote to the office of the secretary to Edo State government, Osarodion Ogie, requesting to use Samuel Ogbemudia Stadium, and got a response that the premises was closed to political activities.

He was, however, advised to use the Garrick Ground opposite the University of Benin, Ekewan Campus on Ekewan Road. He however claimed that even the Garrick Ground was denied his party, which necessitated the use of the Baptist Church Ground.

He said, “We wrote to the state government for the use of Sam Ogbemudia Stadium. The letter was acknowledged in the office of the SSG and we were advised to request for the use of the Garrick ground, which we did and was granted to us. But, we were denied the use of the ground in the 11th hour. The act is barbaric, backward, primitive and sad.”

The state governor in his reaction said the leadership of the Labour Party in the state applied late for use of the facility. He said his government was not given ample time to prepare the facility for such an event.

He said, “I heard they applied on Wednesday night to hold a rally at the Samuel Ogbemudia stadium on Friday morning, giving us one day’s notice. And the tracks in the stadium are still under warranty.

“The pitch has to be maintained in a certain mode, so it’s not just another facility that you can go in and use without preparing.

“If they knew they had a rally on Friday, why couldn’t they give more time and notice so that we give them the conditions under which they can use the pitch? The same thing we did to PDP when they wanted to use the pitch.

“And the only reason why we allowed the PDP rally was because it was also used as an opportunity to commission that facility. Otherwise, most other rallies are held in other large grounds around the city. I expected more from the Labour party.

“I expect they should be more serious. I spoke to my friend Peter Obi the night before. He told me he was coming to the state and we offered him all the courtesy including security and some logistics.

“I didn’t know they were coming for a rally. For me, the issue didn’t come up to me. The people had to deal with the issue at the Sports commission and they did what they had to do professionally”.