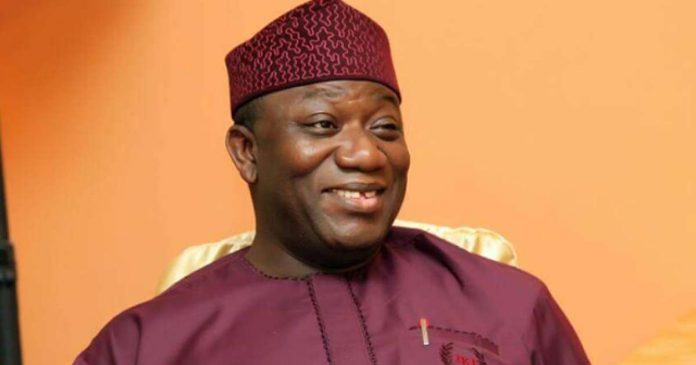 Members of the state executive committee of the All Progressives Congress (APC) in Ekiti State have said that they have suspended Governor Kayode Fayemi, accusing him of anti-party activities.

They claimed he funded the campaign of a major opposition political party People’s Democratic Party (PDP’)s candidate in the last governorship election in Oyo State.

A statement issued by the committee on Friday, a copy of which Nigerian Sketch obtained said “Dr. Kayode Fayemi, the Executive Governor of Ekiti State is hereby suspended from the Party in view of his numerous anti-Party activities especially his role in the recent concluded governorship election in Edo State which is contrary to the provisions of Article 21 (A) (ii) of the APC Constitution.

“This is the same Fani-Kayode who daily abuses President Muhammadu Buhari, Vice President Yemi Osinbajo, the APC as a party as well a vital section of our country. We have evidence of that meeting.”

The committee claimed that Fani-Kayode said he has gone on his tour as part of an effort between him and Fayemi to build a cross-party alliance and few hours after leaving Ekiti he lambasted a prominent APC figure, Bola Ahmed Tinubu.

Another accusation they leveled against the governor was that he supported PDP’s candidate to defeat the APC candidate in the gubernatorial election in Oyo State.

“A second tranche of money he sent to Gov Makinde in the election was intercepted by soldiers… The courier Mr Ayo Adegbite, his Chief Protocol Officer was arrested and he immediately disowned and announced his sack. Mr. Adegbite remains his aide till date.”

The governor’s alleged suspension came a day after some leaders of the party including Babafemi Ojudu, the political adviser to President Muhammadu Buhari, and 10 others were suspended by the Ekiti APC because they allegedly disobeyed the party’s directive and failed to withdraw cases instituted against the party in court.