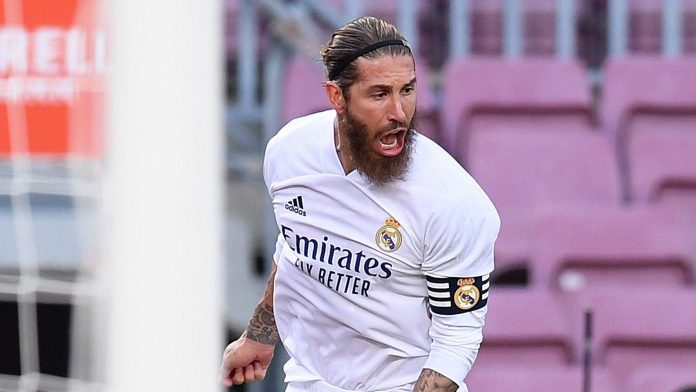 El-Clasico: What the Managers Said after Madrid’s 1-3 Win at Barca

Real Madrid tossed behind them the challenges of the past weeks to hand a 1-3 beating to their top rivals, Barcelona at the Camp Nou on Saturday.

But Sergio Ramos converted a 63rd-minute penalty that he won after VAR intervened, before Luka Modric rounded off a deserved victory in the final seconds of normal time with the calmest of finishes.

Barcelona boss Ronald Koeman was livid with the referee’s decision to award Real Madrid a penalty in the second half of Saturday’s   .

He said: “I don’t understand the referee’s decision regarding the penalty. VAR has never been in our favour. All the decisions are against us. Messi deserved a penalty against Sevilla, red cards weren’t given against Getafe, things today too…The decisions always against us.

“There was a push from Ramos on Lenglet. The penalty was incorrect. Yes, there was a pull from Lenglet, but not enough for Ramos to fall.”

Koeman added: “I thought we played well. We created good opportunities to score. For some parts of the game we were the better team and it’s difficult to understand because we did not deserve to lose the game.”

Real Madrid boss Zinedine Zidane, meanwhile, was pleased that his side silenced the critics after a difficult week for his team.

“We had a good game. I’m happy for the players, after all that was said about my players in the last few days. The team was very united. We can enjoy what we did today,” he said.

“It’s not about proving people wrong, it’s about working hard and believing in what we’re doing and being together. That’s what we did. We were strong in defence and midfield when defending. It’s all about having a good game and that’s what we did.”

What’s next for both sides?

It is Champions League next for both sides, with Barcelona travelling to Juventus on Wednesday and Real Madrid facing a trip to Borussia Monchengladbach 24 hours earlier. Next up in La Liga it’s a trip to Alaves for Barca next Saturday evening, while Real host Huesca earlier on in the day.

Share your thoughts on the story El-Clasico: What the Managers Said after Madrid’s 1-3 Win at Barca with Nigerian Sketch in the comments section below.