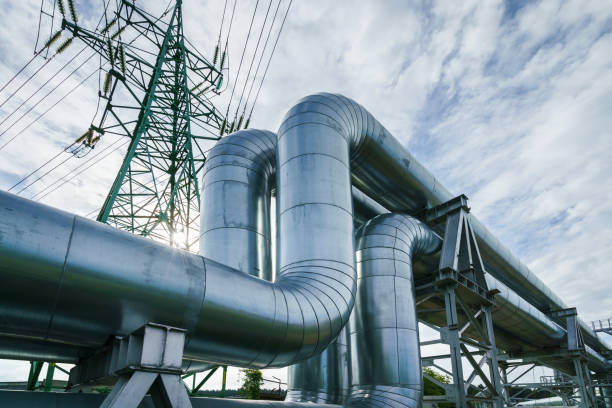 EU mounts pressure on Nigeria to supply gas to Europe

The European Union (EU) has increased pressure on Nigeria to supply gas to Europe as it attempts to decrease reliance on Russian gas.

This is coming as the minister of state, petroleum resources, Timipre Sylva, at the weekend suggested a multi-faceted approach to resolving the massive oil theft, vandalism and outright sabotage of Nigeria’s oil facilities which have combined to hobble Nigeria’s ability to meet its crude production quota.

Speaking during a visit to Sylva by yet another delegation from Europe led by the Deputy Director General, EU Energy Platform Task Force, Mathew Baldwin, the leader of the delegation, reiterated the EU’s commitment to making the ongoing gas projects a reality.

“I am very pleased to be working with you in a big way…the more the security situation can be improved in the Niger Delta region, the more investment we will see,” he said.

He stated that the visit was part of an effort to establish a new sustainable partnership and renewed investment drive with Nigeria.

“We’re proud of supporting such efforts. The more there are improved investments in the Niger-Delta and the minister is leading in this direction, the more the investments will come in”, he restated.

A major area of collaboration, the parties agreed on is the ongoing Ajaokuta-Kaduna-Kano (AKK) Gas Project and the Trans Sahara Gas Pipelines (TSGP) project regarded as one of the world’s longest offshore pipelines and is expected to transport gas from Nigeria through Morocco to Europe.

Despite its intention to raise gas supply, Nigeria has been unable to do so as a result of declining funding, attacks on upstream facilities and theft of petroleum products.

But Sylva while speaking during a visit by the delegation from Europe, advocated the deployment of technology, security forces, community collaboration and increased government action to halt the menace.

The minister called for collaboration with the EU in the areas of security, technology deployment, project financing and more private sector participation to meet the country’s plan of stepping into the void created by the aftermath of the Russian-Ukraine altercation.

He frowned on the decision by the EU and Western nations to withdraw investment in fossil fuels, insisting that hydrocarbons will continue to be relevant while gas would be used as a transition fuel in the coming years.

Sylva, therefore, appealed to the delegation to impress upon their businessmen and financial institutions to debottleneck the process of obtaining loans and other sources of funding to ramp up the exploration of oil and gas.

The minister recalled that the delegation was earlier in the Niger Delta to see for themselves the situation, assuring that the region would be secured for oil and gas investments to continue to thrive while the country’s production quota would be raised.

“Security is one area of cooperation with the EU. They went to the Niger Delta to see the security situation for themselves. Part of the solution is technology deployment.

“We have lots of gas projects like the Trans-Saharan gas pipeline and so on and we need the environment to be conducive to achieve all this. The project will deliver gas to Europe in a few years to come,” he noted.

The minister assured the EU delegation of the federal government’s commitment to deepening investment in gas since it had been adopted as Nigeria’s energy transition fuel and expressed confidence that the EU had given a lot of commitment in that regard.

“We’re together on the same page with the rest of the world in using gas as the energy transition fuel. We’re working together in technology development and financing.

“I know it’s the private sector that invests but the EU is responsible for policy direction and they have shown a lot of commitments. We’ve been having discussions. This is not the first and won’t be the last. it’s a good beginning for us,” the minister explained.

Share your thoughts on the story EU mounts pressure on Nigeria to supply gas to Europe with Nigerian Sketch in the comments section.