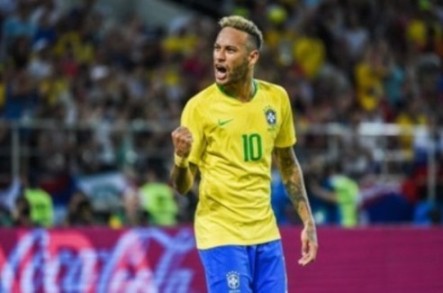 Brazil faced Peru in the semi-finals on Monday night, having already faced their neighbours in the group stage and Neymar was once again their tormentor in chief.

The PSG forward scored in the 4-0 win in the group stage over Peru and also produced a moment of skill that took out three defenders, and explained why opponents often kick him.

He was back at the tricks again on Monday, and this time his magical moment in the 35th minute, which once again took out three players, was the decisive moment of the game.

After taking out most of the opposition defence, Neymar squared the ball for Lyon midfielder Paqueta to shoot into a near empty net, after the goalkeeper had also been fooled into expecting Neymar to shoot.

Brazil were without Gabriel Jesus for the semi-final, after the Manchester City forward’s karate kick in the quarter final, so Richarlison started up front and Everton came into the side, which would have made Richarlison feel right at home.

Paqueta had scored the only goal of the game in the quarter against Chile and the former AC Milan midfielder made the difference again against Peru.

The hosts, who are only hosting due to the Covid pandemic in Argentina and Colombia forcing those two countries to pull out, will face one of the original hosts in the final.

Neymar could face former Barcelona teammate Lionel Messi in the final, with the six time Ballon d’Or winner still attempting to get his hands on his first piece of silverware with the national team.

Messi was in brilliant form in his side’s quarter final against Ecuador last week, and had a hand in all three goals.

The 34-year-old set up two of the goals and scored a brilliant free kick to take his tally at the tournament to four goals, leading the scoring charts.

Will he finally break his international tournament duck?

Share your thoughts on the story Exceptional Neymar Assists Brazil to Copa America Final, May Face Messi  with Nigerian Sketch in the comments section below.