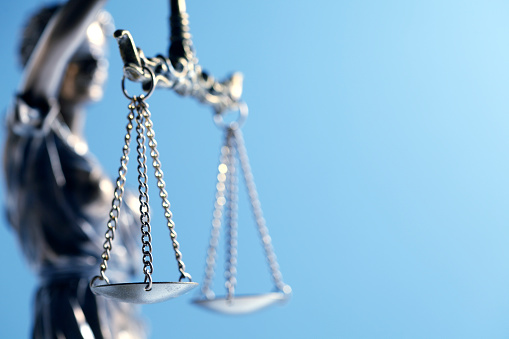 A Gusau Chief Magistrate’s Court on Tuesday sentenced one Mr Chukwuka Jude, 46, to 18 months imprisonment for cheating and impersonation.

Chief Magistrate Sa’ad Garba sentenced Jude, a father of seven, to six months for cheating with an option of a N50, 000 fine and one year for impersonation.

He, however, said the two sentences would run consecutively if the accused fails to pay a sum of N50, 000 fine.

Jude’s sentence, summarily read to him by the Chief Magistrate was sequel to his confession to the allegations.

Jude was arrested for faking to be a lawyer and parading himself with fake identity cards and documents, and taken before the Chief Magistrate’s Court on two-count-charge of cheating and impersonation.

The police prosecutor, Muhammed Jafaru, told the Court that Jude had put up several appearances in an Upper Sharia Court in Gusau, adding that he was arrested with a fake plastic ID, stamp letterhead carrying his Chamber, Titled J.N. Monyei & Co. Chambers.

“On 18th January 2022 at about 1630hrs, the Zamfara State Police Command received a complaint from the Chairman of the Nigerian Bar Association (NBA), Zamfara State Chapter, that on the same date, one Chukwuka Jude ‘M’ a 46-yr-old, was caught inside the Higher Sharia Court T/Wada Gusau, falsely acting as a lawyer to a client.”

He said the accused person had received different amounts as fees from his unsuspecting clients.

According to the prosecution, the fake lawyer confessed to the crime and attempted to bribe the police with N300, 000 which the police officer rejected.

Counsel to the defendant, Joseph Eze, pleaded for leniency for his client based on his confessional statement before the Chief Magistrate.

He added that his client had no past criminal record, is married with seven kids, four of them minors.

After the judgement, the defence counsel commended the chief magistrate for what he described as light sentence.