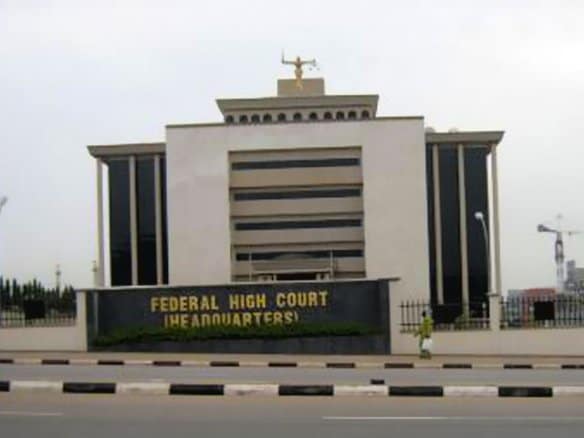 The Federal High Court sitting in Kano on Tuesday awarded the sum of N15, 120, 000.00 as special damages in favour of one Idris Muazu who the court said was unlawfully detained for five years without trial.

Hon. Justice Obiora Atuegwu Egwautu, who presided over the case, said in his ruling that the facts of the case “clearly show that the Applicant was subjected to torture both mentally, emotionally and physically. It is a clear breach of his right to dignity of his person. The intentional and malicious infliction of mental or physical suffering on a human or abusive treatment is cruelty and amounts to inhuman and degrading treatment.”

He said “I agree with the Applicant’s counsel when he submitted that detaining the Applicant in a prison cell along with over 130 detainees sharing a single toilet where three persons use the toilet concurrently at a time is a beach to the Applicant’s right to privacy.

“In the circumstances, I believe the facts deposed by the Applicant the he was arrested in 2015, has not been charged before a court of competent jurisdiction and is still being held in custody till date. I see no reason why the Applicant should still be held in captivity.”

The facts of the case as gleaned from the affidavit in support are that Muazu, a butcher selling roasted meat, popularly known as Suya at his Suya spot located at Saye area of High Tension in Hotoro Quarters, Tarauni local government area, was arrested by vigilante group at his Suya spot on the allegation of stealing battery.

Even though he explained that the battery was kept with him by a customer, he was beaten up, taken to the police division in Hotoro on allegation of theft, which he vehemently denied.

He was later taken to the Special Anti-Robbery Squad (SARS) where he was subjected to various forms of torture, before he was taken to a Magistrate’s Court from where he was remanded in prison custody ever since.

Justice Egwautu said in his judgment that “the facts of this case disclose flagrance display and abuse of power by the Respondents.”

He emphasized that “It is wicked to say the least, it is man’s inhumanity to man. It is cruel. The Applicant has a right to be tried in a court of competent jurisdiction within a reasonable time or be released either conditionally or unconditionally.

“In the final analysis, I hold that the Applicant’s rights as guaranteed under sections 34, 35, 36, 37 and 41 of the Constitution have been breached by the Respondents.

“This application succeeds in part. Accordingly, I make orders as follows:

“Declaration is made that the detention of the Applicant at the instance of the Respondents for period of 5 years from 2015 to date without trial while the Respondents have been charging and prosecuting other suspected offenders who were arrested much later than the Applicant constitutes violation and infringement of the Applicant’s right to freedom from discrimination as enshrined in the Constitution of the Federal Republic of Nigeria, 1999 and African Charter on Human and Peoples Rights and the Applicant is therefore entitled to general and exemplary damages against the respondents jointly and severally.

“Declaration is made that torturing the applicant through beating by the members of the 4th Respondent under the leadership of the 2nd and 3rd Respondents while under their custody at Bompai Kano, his detention at the instance of the Respondents for 5 years in prison cell along over 130 detainees sharing a single toilet thereby lacking privacy, charging and prosecuting other suspected offenders who were arrested much later that him amount to torture, cruelty as well as inhuman treatment that are illegal, unconstitutional and the Applicant is therefore entitled to general and exemplary damages against the 2nd to 5th respondents jointly and severally.

“Declaration is made that detention of the applicant for five years without jurisdiction has denied him his constitutional right to family and the applicant is therefore entitled to general and exemplary damages against the 2nd to 5th Respondents jointly and severally.

“An order is made awarding the sum of N500, 000.00 (Five Hundred Thousand Naira) as general and exemplary damages in favour of the Applicant against the 2nd to 5th Respondent jointly and severally.

“An order is made awarding the sum of N15, 120, 000.00 (Fifteen Million, One Hundred and Twenty Thousand Naira) as special damages in favour of the Applicant against the 2nd to 5th Respondents jointly and severally for loss of earning from March, 2015 to June 2020.

“An order is made directing the 2nd to 5th Respondents to tender public apology to the Applicant in respect of this matter by publishing same in one of the Newspapers circulating in Kano State.

“The sum of N100, 000.00 (One Hundred Thousand Naira) is awarded against the Respondents as cost of this proceedings.

Counsel to the applicant, Usman Umar Fari, told Nigerian Sketch that the ruling was well considered, adding that “one thing I noted was that this particular ruling dissected some aspects of human rights violations that other Fundamental Rights Enforcements do not give cognizance to.

“The judge in this case made pronouncements on rights to privacy and rights to freedom from discrimination, in addition to the usual declaration on unlawful detention and rights to speedy trial.

“It is heat-warming because we have always deposed to the violation of all these rights but most of our courts focus only on the detention and trial aspects.”

He said he will consult with the applicant to know if he was satisfied with the general damages awarded to him by the court.

“If he is satisfied, that is all, but if he indicates his dissatisfaction, we would have to appeal that part of the ruling, no doubt”, he explained.

Share your thoughts on the story Federal Court Slams N15.8m Damages against Kano Govt, Others, Laments State Wickedness, Cruelty with Nigerian Sketch in the comments section below