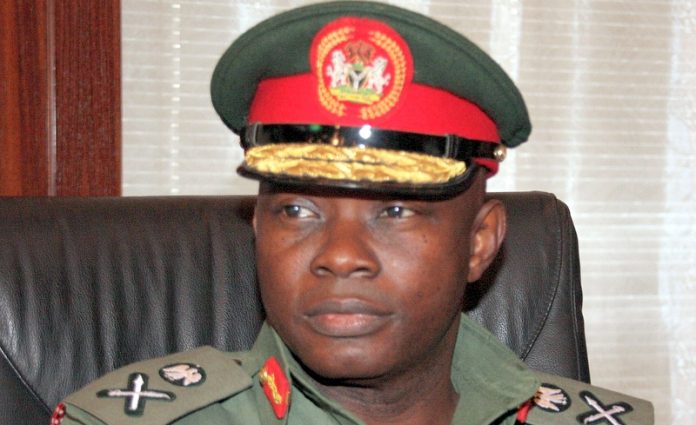 Information officer of the ministry foreign affairs, Kimiebi Ebienfa, revealed that the ex-service chiefs were presented with letters of credence by the minister, Geoffrey Onyeama at a brief ceremony in Abuja on Tuesday.

“The Minister of Foreign Affairs during the brief ceremony congratulated the immediate past service chiefs on their appointment by Mr. President and called on them to deploy their wealth of experience to promote Nigeria’s interest during their tour of duty in countries of accreditation.”

Share your thoughts on the story FG Appoints Olonisakin, Buratai Ambassadors to Cameroon, Benin Republic  with Nigerian Sketch in the comments section below.