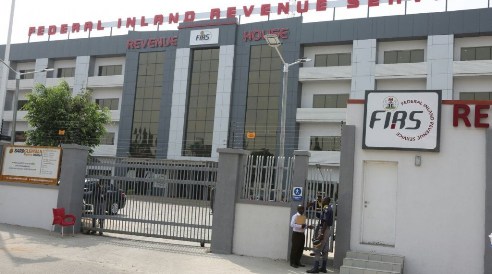 The Federal Inland Revenue Service (FIRS) on Wednesday said the administration of Value Added Tax (VAT) by states in Nigeria would make it hard for businesses thrive.

FIRS maintained that the decision of the Federal High Court to grant powers to states to administer VAT was strange, as it was unobtainable globally.

The development followed rising agitation by some states to collect and utilise proceeds of consumption tax, after Rivers State secured victory in court on the matter.

FIRS maintained that the decision of the Federal High Court to grant powers to states to administer VAT could be counterproductive.

The Group Lead, Special Operations Group, FIRS, Mathew Gbonjubola, insisted that there was nowhere in the world, where the administration of VAT was done at the sub-national level, adding that the service cannot afford to devolve such powers to states.

Speaking during a media briefing, he said contrary to speculations, the FIRS administers the consumption tax on behalf of the three tiers of government and not for the federal government alone.

Gbonjubola stated: “The VAT is not paid to the federation account but to VAT pool account for distribution to the three tiers of government. It is after the sharing that the portion of the federal government is paid to the Consolidated Revenue Fund Account.

Gbonjubola further explained that the VAT Act allowed taxpayers to offset their input VAT (Allowable Input VAT) against their output VAT, to the extent that such input VAT only related to such goods that were purchased or imported for resale or form the taxpayers’ stock-in-trade used for the production of new products on which output VAT would be charged.

He said where the output VAT exceeded the recoverable input VAT; the taxpayer was expected to remit the excess to the FIRS.

But with the decision of some states to go ahead with the implementation of the court judgement, Gbonjubola said such refund might not be possible, because the administration of VAT would be done by different tax authorities in the states.

He said, “As to the incidence of VAT, VAT is practiced on an input and output mechanism. What it means is that for a business either importing or buying products, that business will pay VAT either at the port if it is importing or with the manufacturer if it is buying from a local manufacturer.

“And when that business pays VAT, it is accounted for that business as an input tax, such that if it begins to sell in any part of Nigeria, and charges VAT from its own customers, it is able to rescue the importers payment either by port if it is an imported item or to the manufacturer if it was obtained from local producers.

“So, when selling in Sokoto State, he will be charged VAT and by the operation of the input-output mechanism, this business person will deduct the input VAT payment in Osun state, from the output charged in Sokoto State, and remit any difference to the relevant tax authorities, in this case because there is a single tax authority handling VAT, it is the same authority that will receive the VAT in Osun and Sokoto states.

“It is easy to work out the input-output mechanism, businesses won’t be short-changed; there is no issue of consumers having to pay VAT more than once.

“However, if this is operating at a sub-national level, it will mean that when businesses are paying VAT at the state level, the business would have to pay VAT twice in two different states.”