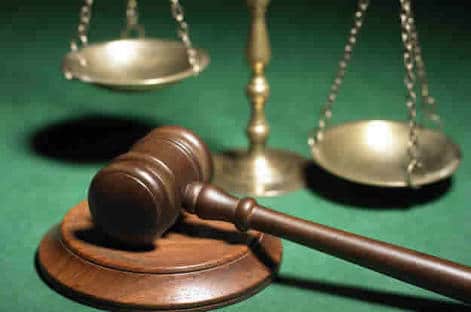 A former jurist of the Court of Appeal in Nigeria, Justice Rabi’u Danlami Muhammad  (rtd) is dead, the Kano branch of the Nigerian Bar Association (NBA) announced Tuesday morning.

He died late Monday after a brief illness at the age of 77, according to one of his sons, Barrister Abubakar Rabiu Danlami who spoke with Nigerian Sketch on phone.

He said the late jurist had a long existing heart condition, and was ill for two weeks before his death.

The secretary of the Kano branch of NBA, Haruna Saleh Zakariyya said in a release that the news of the death of the respected jurist was “shocking”.

“INNALILLAHI WA INNA ILLAIHI RAJIUN, we received the shocking news of the passing away of justice Rabi’u Danlami Muhammad (rtd). A former Justice of the Court of Appeal , husband to Justice Aisha R.D, father to two of our colleagues- Abubakar R.D and Fatima R.D.

“He was a finest and exquisite jurist of distinction. Funeral to take place by 10:00am at sharada quarters behind Hudaibiya school.May Allah forgive his shortcomings and give his family the fortitude to bear the irreparable loss”, he said in the release the sent to Nigerian Sketch.

Lawyers and other sympathisers have continued to express their condolences to the family over the demise of the late jurist, most of them saying he was a gentleman of good character.

Burial rites would be performed at the his Sharada Quarters residence, behind Hudaibiya School, by 10.00am today (Tuesday).

A colleague of the late jurist who does not want to be named called Nigerian Sketch to say that he lived a fulfilled life because “he retired as a Court of Appeal Justice, had a good family that consisted of a wife who is a judge, a daughter who is a Magistrate and a son who is a legal practitioner. Alhamdulillahi.”

Share your thoughts on the story Former Court of Appeal Justice R. D. Muhammad Dies at 77 in the comments section below.