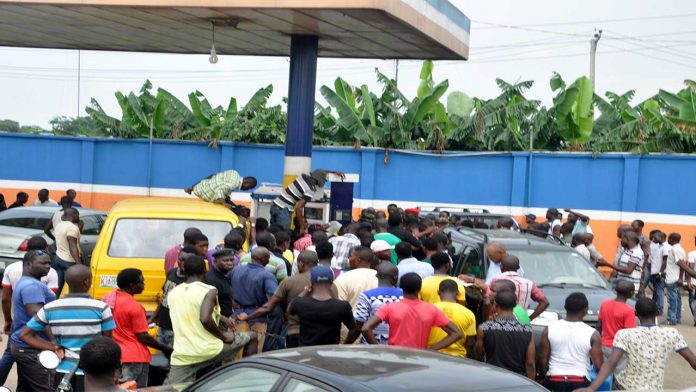 Reports said the strike was connected to the oil workers’ lingering disagreement with the federal government over the directive on the registration of some of its members on the Integrated Payroll and Personnel Information System (IPPIS), and the oil workers have accused the government of not making concrete moves to settle the differences.

The unions has threatened to withdraw their services which will mean a total shutdown of oil and gas facilities and distribution of petroleum products in the entire county should government fail to address their concerns.

In a letter jointly signed by the general secretaries of the two labour unions and addressed to the ministry of labour and employment, they showed concern over what they called breach of agreement on the implementation of IPPIS to their members and failure to pay arrears of 22 month owed their members working with Nigeria Nuclear Regulatory Authority (NNRA).

IPPIS. a project initiated by the federal government of Nigeria (FGN) to improve the effectiveness and efficiency of payroll administration for its ministries, departments and agencies, has been causing disagreements with labour unions in the country, including university teachers.

PENGASSAN’s general secretary, Comrade Lumumba Okugbawa, in a statement on Sunday said “It was regrettable that upon the expiration of the ultimatum, nothing concrete had been done with regards to the outstanding issues as enumerated in the letter.”

Already, long queues have been noticed in filling stations across the country as motorists go for panic buying in anticipation of the strike.

Share your thoughts on the story Fuel Scarcity Looms as Petroleum Workers Commence Strike in Nigeria with Nigerian Sketch in the comments section below.