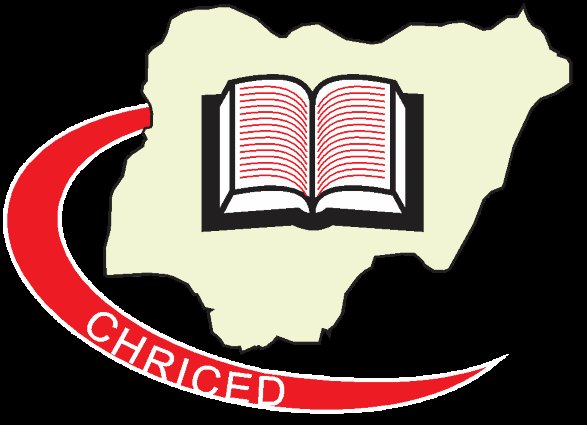 The Resource Centre for Human Rights & Civic Education (CHRICED) has blamed state governors in Nigeria for the widespread looting of COVID-19 palliative across the country, saying the callousness of the governors who received palliatives items from the federal government but left them in warehouses to rot away smacks of insensitivity and was unacceptable.

In a press release signed by its executive director, Comrade Ibrahim M. Zikirullahi, a copy of which Nigerian Sketch obtained on Friday, CHRICED said it does not support looting, but insists that the governors who hoarded the relief items should be given a “special place in our national hall of shame for being so uncaring, callous and wicked to the extreme at a time the long-suffering people of this country needed kindness and empathy.”

The Resource Centre for Human Rights & Civic Education (CHRICED) has closely monitored the unfolding situation across the country wherein mobs of hungry, angry, frustrated, deprived and impoverished citizens have been breaking into warehouses to loot items, which they understand to be COVID-19 palliatives.

In the face of the collateral damage caused by these mob actions, CHRICED sympathizes with private businesses which have suffered losses as a result of mistaken identity, resulting in the mobs invading their private warehouses to cart away items purchased with private funds.

CHRICED calls for compensation of such private businesses affected by the descent into anarchy seen in the last one week. The funds for such compensation should be drawn from Central Bank of Nigeria (CBN) COVID-19 stimulus package.

On the other hand, we strongly condemn the insensitivity and unacceptable callousness of governors across states who received palliatives items from the Federal Government, yet left them in warehouses to rot away.

It is the height of extreme wickedness that at a time the COVID-19 pandemic devastated the economy, resulting in many job losses, and the closure of businesses, state governors could not be moved by the plight of the ordinary citizens. It is unbelievable that the quantum of palliatives materials being discovered across the states were available for distribution to citizens, yet out of sheer predilection for evil and lack of empathy, the governors failed to hand them over to citizens dying of hunger and starvation.

For us, this particular set of governors, barring just a few, will have a special place in our national hall of shame for being so uncaring, callous and wicked to the extreme at a time the long-suffering people of this country needed kindness and empathy. Their refusal to cause the distribution of palliatives paid for by public funds, amounts to an act of criminal negligence against the Nigerian people.

By depriving helpless and vulnerable citizens of the most basic necessity of food, at a time of a global emergency caused by the COVID-19 pandemic, the governors contributed to the unrest which has convulsed the country in recent weeks.

Having exhibited such a malevolent level of callousness against the people, a number of the governors are attempting to add insult to the injury of citizens by wasting public funds to embark on house to house search to recover materials taken from COVID-19 storage points. Some governors have even threatened to demolish the homes of citizens where looted COVID-19 palliatives are discovered.

The protests of the last few weeks should have been enough to make governments at all levels put on their thinking cap on how to seriously plan for the teeming youth of the country.

Unfortunately, the response of the governors shows they have failed to learn from what has transpired in the recent past. It is a fact for instance that the elements, which created the Boko Haram terror group brainwashed and took advantage of young Nigerians who could see no future. Given the stark reality of the abandonment of the youth, in the face of non-existent governance, Boko Haram filled the vacuum for its own deadly ends by giving these disenchanted young people a false sense of provision and security.

They succeeded in selling their hateful and blood thirsty philosophy by first filling a void that governments for decades allowed to exist. A close scrutiny of the literature on Boko Haram would reveal how the bureaucracy of the then fledging terrorist sect went as far as providing food and distributing motorcycles to win thousands of youths into their fold. Till date, the terrorists have a vast base to recruit their cannon fodder from because there is a large population of unemployed and restive waiting to be recruited.

So if nothing else eloquently explains it, the devastation and the chronic sense of insecurity spawned by the insurgency in the North East, as well as previous and current skirmishes in the Niger Delta by the militants, and the agitations in the South East by IPOB should warn the country about the looming danger to be caused by a vast population of angry and disenchanted youth. The message is clear: there are far reaching national security implications from refusing to plan for the youth. A nation that fails to plan for its youth, is sitting on a tinderbox that would soon go off.

Therefore, as far as COVID-19 palliatives are concerned, it is our view that citizens who resorted to self-help to get some food to feed themselves and their families did so as a result of the pangs of hunger. If any group has to account for their actions or inactions, the process has to start from the state governors who received relief packages, but deliberately refused to spread them across to citizens.

Their actions led to the decay and expiration of a large portion of the items. It is also clear that the governors used the weapon of hunger and starvation to dehumanise citizens to the point where they (citizens) had to resort to self-help. Any talk of arrest, prosecution, and accountability which does not create a framework to hold these rapacious governors accountable for their crimes against the Nigerian people, would amount to a further assault on the rights and dignity of citizens.