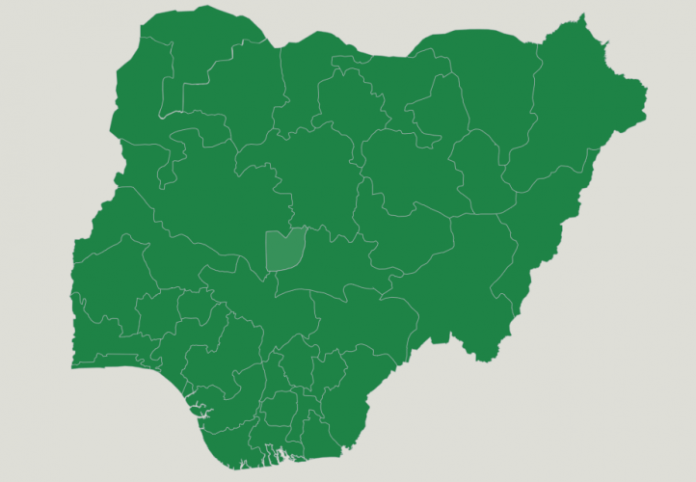 Is Nigeria a Mistake?

Of the three prominent early Nigerian nationalists, it was perhaps Nnamdi Azikiwe (the great Zik of Africa and a mentor to Kwame Nkrumah) who believed in the unity and corporate existence of the nation. The other two, Ahmadu Bello and Obafemi Awolowo at one time or the other expressed their reservations about the unity and oneness of the country.

It is on record that Ahmadu Bello described the 1914 amalgamation as a mistake, while Awolowo described Nigeria as a mere geographical expression.

At the height of constitutional conferences that paved way for the nation`s independence, Bello was quoted as saying that the north `we are not going to be part of Nigeria again`. The most powerful politician of the north at that time only had a change of mind when Awolowo explained the concept of federalism to the Premier of northern region.

I am embarking on this political voyage so that you can truly understand the situation and why after sixty years of independence, despite the abundant human and material resources, Nigeria is still the butt of dirty diplomatic jokes around the globe.

The truth of the matter is that the pains, lack of development and turning around like a barber`s chair is self-inflicted. The 1966 coup that destroyed the fine grains of fiscal federalism and replaced it with the most undemocratic unitary system of government is the root cause of our problems. And unless the political elites have the courage to address this issue frontally, the image of a man-child will continue to haunt the nation.

It is very unfortunate that the vice president of the nation, Prof Yemi Osinbajo, who as the attorney general of Lagos State took the federal government to court over the creation of local councils, which is a structure of federalism, will now be telling us that he does not understand what people mean by the agitation for restructuring.

Let me remind the professor of law and those who have similar political mindsets because of the immediate gains of power acquisition that fiscal federalism is where the various states or regions are given autonomy over their resources and they pay tax to the central government. In the First Republic, it was fifty per cent and so this tokenism called thirteen per cent is an insult. Unless we address the basis of our existence, the echo of the sentiments of Ahmadu Bello shall continue to haunt the nation.

Today as we celebrate sixty years of nationhood marked by groping in the dark and making the country, the world capital of the poorest people, we must look inward and tell ourselves the honest truth. Those who are living in denial that everything is alright should continue to swim in the ocean of delusion.

We are merely operating democracy without democrats and the dividends of democracy are becoming more elusive every day. If you think I am doing arm-chair journalistic speculations, explain to me why the governor of Borno State is being attacked by the Boko Haram terrorists. It only points out the lie of the federal government that Boko Haram terrorists have been degraded.

The primary aim of governance is the welfare and security of the nation. The welfare of the masses existed more on the propaganda of the government and a government that will be hell bent on a school feeding programme gulping billions of Naira during the COVID-19 lockdown when pupils were not in schools.

It is only in Nigeria that a state governor as chief security officer cannot control the police. If you stress the logic further, you will discover that our governors are like small emperors. These are elected people who could not conduct free and fair local council elections and the councils are seen as appendages of the government. It had to take the political sagacity of the president for local council allocations to be given to them.

I do not support this `feeding bottle` federalism where the central government has to dig a borehole in my village.

My dear compatriots, there are too many things wrong with Nigeria. That is why one of the leading oil producing nations of the world cannot have functional refineries and in a mule-like stubbornness, successive governments had turned the so called turnaround maintenance of the refineries as conduit pipe to siphon our money. Nigeria is rich, no doubt. But the money is in few hands and we have classical case of mismanagement of the resources.

Sycophancy in Nigeria is taken to the totem of professionalism. That is why I keep reminding my colleagues who cry blue murder about the north domestication of power that it has not really benefited the north. Only few northerners are luxuriating from this domestication of power. The majority wallow in poverty and sea of illiteracy. That is why begging is institutionalized in the north.

My submission is that Nigeria is beyond a mistake. Nigeria is sick and needs urgent medical attention, and in the lingo of born-again Christians, needs deliverance. If the disease is not cured, we shall continue to hear agitation for balkanization, a la Indigenous People of Biafra, the Oduduwa Republic, the splinter group of Arewa Consultative Forum (North Central Peoples Forum) and the many groups claiming to speak for the Niger Delta People.

These groups have lost faith in the nation. The only group still interested in the existence of the nation is the parasitic political elite. That is why the more liberal and nationalistic group should not sit on the fence. They must take the initiative and truly place the nation where it belongs.

The members of the Fourth Estate of the Realm must wake up and give the political direction. Enough of weeping, it is time for action. And the place to start is the institutionalization of fiscal federalism and other things will fall into place.

All the same, happy birthday to the mistake that is Nigeria.

Share your thoughts with Nigerian Sketch in the comments section below