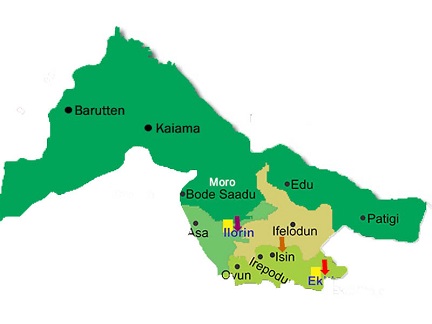 Rampant cases of kidnapping of motorists and farmers have been on the rise in Asa local government area of Kwara State.

Recently five motorists were kidnapped along Oloro-Iregba road in the council and their relations had to cough out N2 million before the victims were released by their abductors.

Also, one Toyin Olomoda was abducted in his farm at Olomoda village and his family had to pay N5 million ransom to secure his release.

In the same vein, suspected kidnappers attacked two farms along Ogele-Pampo road in the local government and abducted three workers of the farms.

Disturbed by the activities of the kidnappers in the council, a socio- cultural organisation, Isokan Kwara development has called on both the police and the state government to beef up security in the area.

The spokesman of the group, Hon. Isiaka Mogaji said, “the recent attack on motorists along Oloro -Iregba road of Asa local government area of Kwara State, which led to the day-light abduction of five people by suspected bandits should be seen as a wakeup call to the state government.

“We are calling on both the federal and state governments to deploy security measures to protect the people and residents of the area.”

Share your thoughts on the story Isokan Kwara laments over kidnapping in Asa local government with Nigerian Sketch in the comments section.