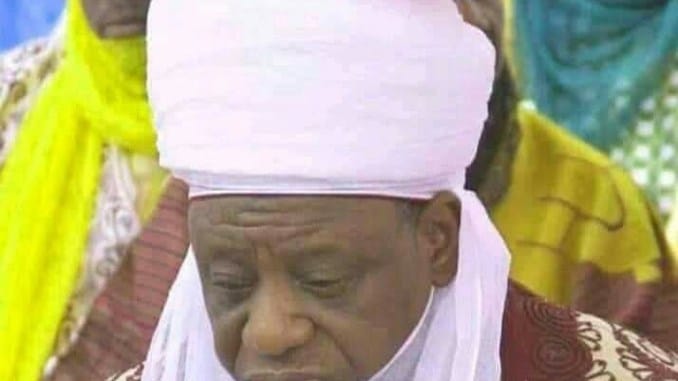 Late Iyan Zazzau, Alhaji Bashar Aminu died naturally after a brief illness, and was not assassinated.

This was according to Tafidan Dawakin Zazzau, Shehu Iya Saidu, who is a foster son of the late prince.

Shehu categorically denied that the late Iyan Zazzau was killed by assassins as he stepped out of a mosque in Lagos after a dawn prayer, saying there was iota of truth in the rumour.

Iyyan Zazzau’s death in Lagos caused a lot of rumour within the Zazzau Emirate which has been engulfed in a legal battle since the appointment of the 19th emir by the Kaduna State government.

The late Iyan Zazzau has gone to court to challenge the process of the selection and appointment of the new emir, and the matter is still pending in court.

The remains of the late prince, who died on Friday, was flown into Zaria on Saturday for burial rites at the Sabon Gari Juma’at mosque.

Shehu said the story of the shooting of the late prince was not true, explaining that as one of the closest persons to him, he knew how he died, and it was not through shooting.

He also explained that the late prince has given a standing instruction during his lifetime that when he died, his funeral rites should be conducted at the Sabon Gari Juma’at Mosque and that he should be buried in Sabon Gari, according to a Daily Trust report.