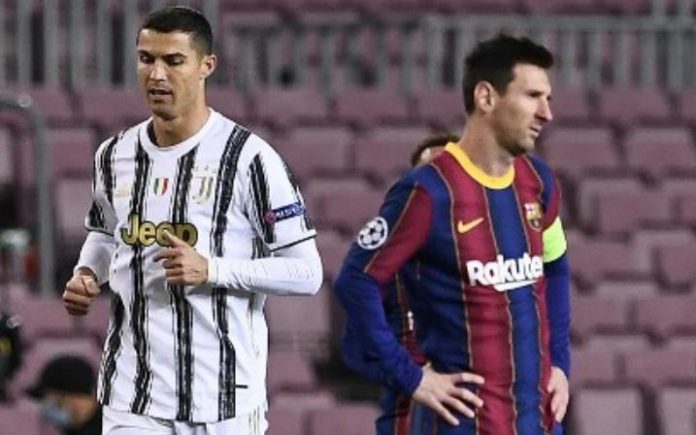 Juventus wasted no time in trolling Barcelona after the Spanish club took a cheeky swipe at them in October with a Lionel Messi GOAT tweet.

Barcelona captain Messi scored in his side’s 2-0 victory over Juventus in Turin in the Champions League.

Cristiano Ronaldo was ruled out of the match due to coronavirus, but that didn’t stop Barcelona from firing off a dig at the Italian club at the time.

Barca tweeted: “We are glad you were able to see the [GOAT] on your pitch, [Juventus]!” 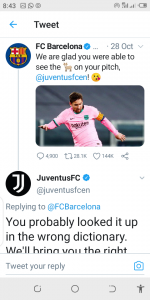 Juventus replied at the time with a simple message: “You probably looked it up in the wrong dictionary. We’ll bring you the right one at Camp Nou.”

Ronaldo, 35, scored twice from the spot-kick as Juventus sealed a 3-0 win over Barcelona at the Camp Nou on Tuesday.

And the Old Lady’s Twitter account trolled Barca in style by reminding them of their comments in October.

“We kept our word: we brought it!” Juventus tweeted. 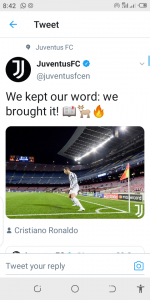 Ronaldo’s reunion with fierce rival Messi on the pitch, who were playing against one another for the first time since 2018, was a major focus going into the match.

The Portuguese superstar took to Twitter after the match to share his delight in playing at the Camp Nou again and “against one of the best teams I ever faced.”

Ronaldo tweeted to his 89.7m followers: “Always great to return to Spain and to Catalunya, always hard to play in Camp Nou against one of the best teams I ever faced.

“Today we were a team of Champions [sic]! A true, strong and united family! Playing like this, we have nothing to fear until the end of the season… Let’s go!”

Juventus top Group D and progress to the next stage of the Champions League alongside Barcelona.

Share your thoughts on the story Juventus Mocks Barcelona in Revenge GOAT Tweet after 0-3 Win at Camp Nou with Nigerian Sketch in the comments section below.