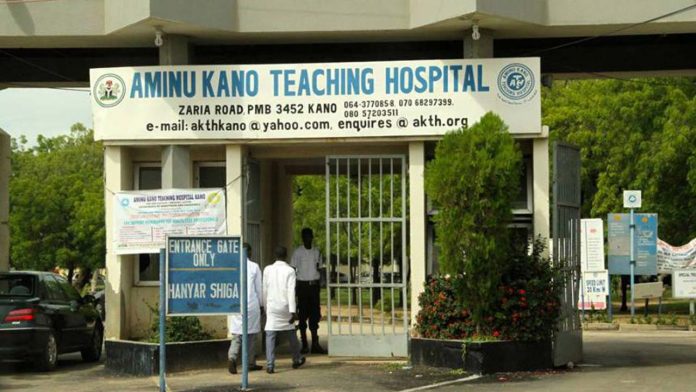 Kano state chapter of the Nigerian Medical Association (NMA) has donated the sum of N13.2 to the families of eight doctors who lost their lives on active service to humanity in the year 2019.

Chairman of chapter, Dr Usman Ali, disclosed this when he led other executive members of the  association on a condolence visit to the management and staff of Aminu Kano Teaching Hospital Kano over the death of head of finance and account department, Mr Victor Ebojele, who died on Sunday after a long illness.

He explained that the sum of N1.5 million was donated to the families of each deceased doctor along with essential commodities worth N150, 000.00.

He intimated the management that as part of their corporate-social responsibility, the association plans to commence donation of specialised equipment to health facilities in Kano state in order to allow doctors who specialised in certain fields to practice what they specialised on.

Responding, the chief medical director of Aminu Kano Teaching Hospital Kano, Professor Abdurrahman Abba Sheshe expressed gratitude for the condolence as well as congratulated the new executive members over their victory in the recent election.

Nigerian Sketch recalls that as Kano NMA Donates N13.2m to the families of their deceased colleagues, doctors around the country are undergoing industrial action to protest government refusal to pay their hazard allowances.