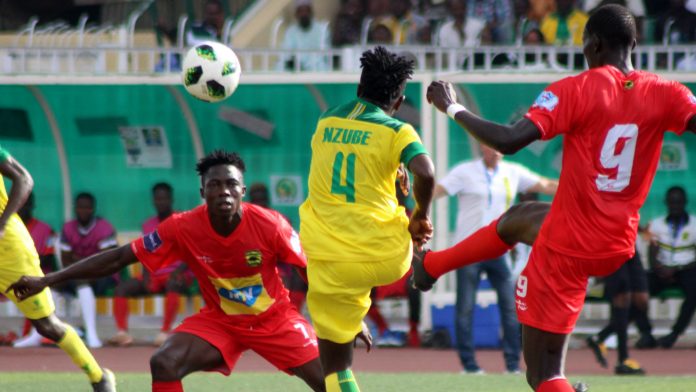 Kano Pillars campaign in the ongoing CAF Confederation Cup has come to an end as the club failed to make an impact against ASC Jaraaf of Senegal in Nigeria on Saturday.

Coach Lionel Emmanuel Soccia has once again blamed poor officiating for the goalless draw his team played in the second leg against the Senegalese club at Ahmadu Bello Stadium on Saturday.

Nigerian Sketch had reported the coach to have attributed the club’s earlier 3-1 defeat a week ago to the same officiating.

He said in an interview with newsmen after the game on Saturday that they suffered bad officiating in both legs of the game.

“The game was successful. Though in the first game poor officiating from two offside goals against us, we deserved two penalties in today’s game and were denied. The officiating was bad. If you have a good referee, the game would have been good,” he declared.

He agreed that his team did not play well in the first half of the game but said they were very good in second half.

He also described their opponents in the game as a big team in Africa.

ASC Jaraaf FC’s coach, Malik Daf, said he was satisfied with the draw.

Daf, disagreed about officiating, saying it was a good one. He said Kano Pillars is a big team.