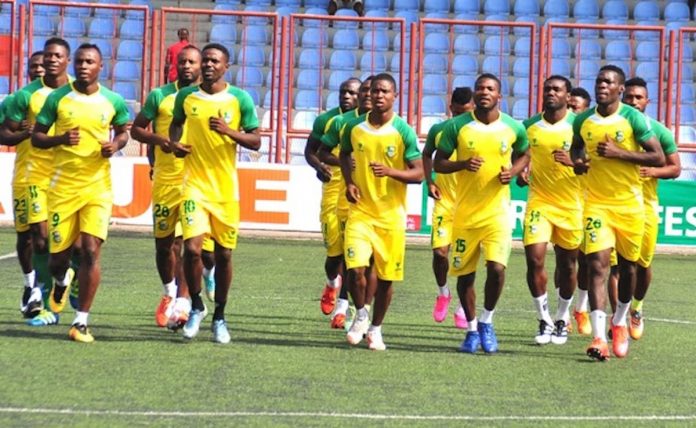 The management of Kano Pillars FC on Tuesday threatened to sack any player who fails to give his best for the club to excel in the coming Nigeria Professional Football League (NPFL) season.

The club also announced the disbandment of team C of the team via its news outlets after a board meeting.

All these are aimed at is reorganizing and refocusing its main team ahead of the new season of the NPFL.

It said the decision is part of the club’s management determination to reshape the main team ahead of the forthcoming 2020/21 Nigeria Professional Football League season.

The Kano club crashed out of its intercontinental engagement too early after the preliminary round to Senegalese club, ASC Jaaraf.

The disbanded Team-C is one of the feeder teams created by the management for the purposes of having ready players into the main team.

The management thanked the affected players and their coaching crew for their contributions to the club during their engagement with the team.

The management also said any player in the main team that is not ready to give his best would not be allowed to continue playing for the club, urging them to  remain focused.

Share your thoughts on the story Kano Pillars Threatens to Sack Unserious Players, Disbands Team C Ahead NPFL   with Nigerian Sketch in the comments section below