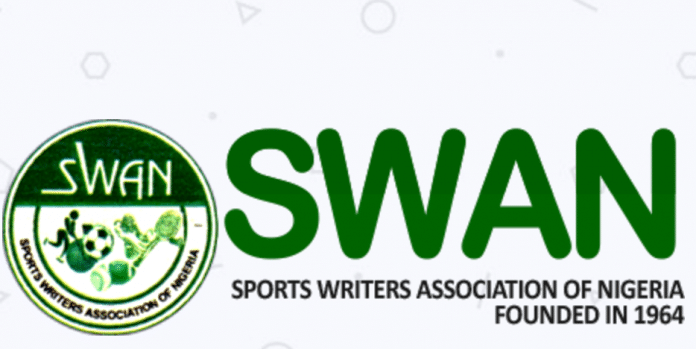 Journalists under the aegis of Sports Writers Association of Nigeria (SWAN) Kano State chapter have been cautioned to desist from whole reliance on social media handles from venue of major sports competition for news items involving Kano athletes.

The association in a communiqué issued on Sunday, a copy of which was sent to Nigerian Sketch warned that the trend of dispatch of information from unqualified persons to sports writers posses serious danger to the ethics of the profession at this critical time when fake news reigns supreme.

The chapter stressed that the absence of trained journalists at the venue of national sporting events is a threat to sports journalism practice in Kano state, adding that the situation has continued to degenerate and denying the sports loving people of Kano the opportunity to be fed with the true state of activities whenever the state sports teams travel outside the state for major events.

The statement signed by the secretary of the chapter, Abdulgafar Oladimeji, said  “as part of proactive measures, SWAN Kano state chapter  want to appeal to our members  in Kano to be weary of the information that originates from social media, to avoid misleading the public on the activities of Kano athletes when on assignment outside the state.

“We are worried about the infiltration by quacks, likewise the trending attitude of using social media handles to send unverified information to our members from venues of major competitions outside the state.

“There is a deliberate approach by those who accompany these athletes to major events to feed SWAN Kano members with biased and fettered news articles.

“We appeal to stakeholders to ensure that they are accompanied by professional sports writers ,whenever their teams are participating in major sports competitions in and outside the state.” The statement stated.

The statement noted that the looming threat could be eschewed if SWAN members pursue and secure advertorial sponsorship for their trips to cover major events, stating that this would empower journalists to report more  objectively.