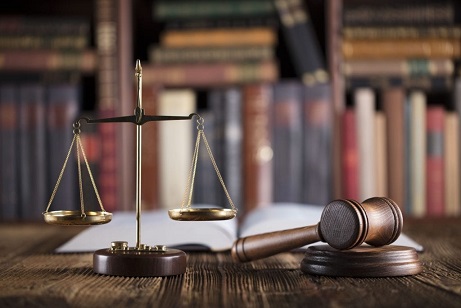 Ajibola said they deserve to be jailed over their insistence to conduct the proposed October 15th council election in the state.

Others listed by him to be jailed by the court were the seven members of the commission, the state attorney-general, Femi Akande and the clerk of the State House of Assembly, Mr. Simeon Amusan.

Ajibola, who filed a contempt charge at the State High Court, Ilesa Division against the respondents on Thursday, said the affected persons deliberately ignored the case filed before the court since August 1st, 2022 on the said proposed local government elections going by their actions over the matter so far.

Ajibola had approached court seeking, among other things, an order of interlocutory injunction restraining the lawmakers from amending the “State of Osun Local Government Area Law and State of Osun Local Government Areas amendment pending the hearing and determination of the substantive suit, “the law having being the subject matter of dispute in this suit”.

Besides, he sought the court order restraining the Osun State Independent Electoral Commission, from conducting elections into the local government councils in the state, pending the hearing and determination of the substantive suit.

The former NBA chairman explained that rather than stopping forthwith all procedures leading to the polls, the defendants, including the state governor, Alhaji Isiaka Oyetola and 14 of the registered political parties and OSIEC were intensifying efforts towards conducting the elections.

He cited the party primaries conducted last Saturday by the All Progressives Congress (APC) for the selection of the chairmanship candidates for the election as part of the processes engaged in by the state electoral umpire.

Ajibola therefore applied to the Court for an order for the committal to correctional centre of the respondents for “having disobeyed the presumably granted order of this court ascribable to the motion on notice dated the 1st day of August 2022”.

Share your thoughts on the story Lawyer asks court to jail Osun AG, speaker, others with Nigerian Sketch in the comments section