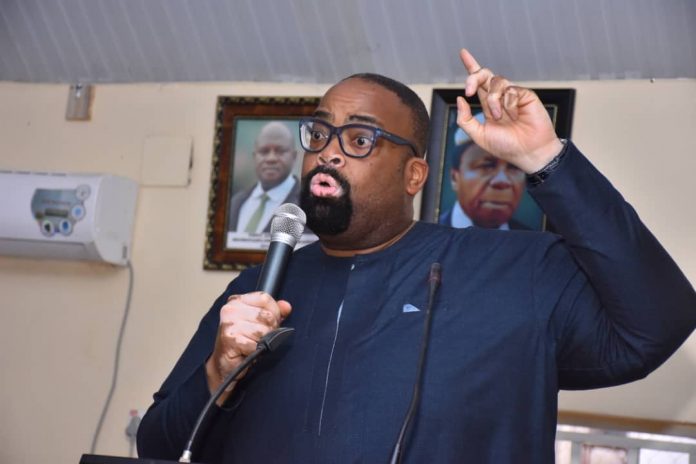 Some lawyers have faulted the position of the Nigerian Bar Association on the strike action commenced by the Judiciary Staff Union of Nigeria (JUSUN), saying the Olumide Akpata-led NBA was expected to give its total support to JUSUN.

The NBA president, Olumide Akpata however issued a statement on Monday, the 5th of April in which he said the body supports the “demands of JUSUN” but faulted the “timing of the action”, asking JUSUN to reconsider “the strike action at this time.”

The NMA issued a statement on Monday to say it regreted any inconvenience that the action of the resident doctors may cause Nigerians but that it still supports the action.

In an NBA WhatsApp group, a member said “If you are not a member of JUSUN, I am, the NBA should just support this action in totality without any complacency, for it will go along way in uprooting corruption from the judiciary….”

Another lawyer, Douglas Ogbankwa of the Vanguard for the Independence of the Judicairy, wrote to say that the NBA “at the national and local levels should not act like every thing is ok with the Nigerian Judiciary.”

He added that “JUSUN is fighting for us all. Let us support them in our collective quest to ensure an Independent Judiciary that will transcend to an egalitarian society.”

Bayo Akinlade wrote that JUSUN “have always been in the forefront of fighting for the independence of the judiciary”, adding that “The NBA has largely been politicized and cannot look beyond its 2-year ceremonial existence where we run conferences and do elections.”

He advised that “the Judiciary, NBA and JUSUN must work together to deal with the intrusion into the Judicairy.”

Meanwhile, Borno State government has indicated that it was ready to accede to JUSUN’s demands in the state, according information coming out from the NBA branch in the state.

The Borno branch of the NBA said it was likely to opt out of the nationwide strike action if the government was faithful to its agreement with the body.