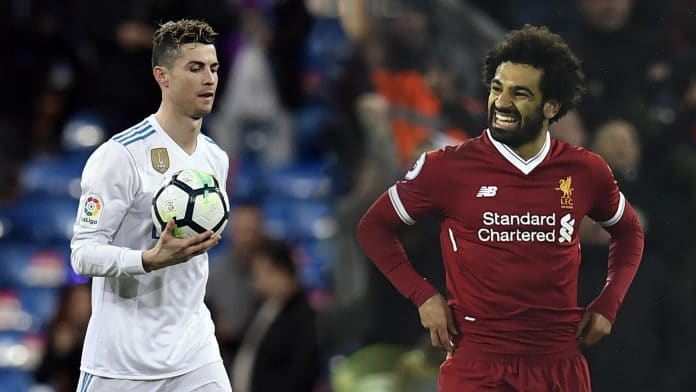 There have been analyses indicating that Mohamed Salah‘s three best seasons in a Liverpool shirt are better than Cristiano Ronaldo‘s during his peak at Manchester United.

Gary Neville said the Egyptian isn’t far from being the best in the world on Sky Sports earlier this week, and Ronaldo has repeatedly been named as the best for most of his career.

See how Salah came on top in this comparison.

Check out the fascinating statistics on Liverpool’s Salah VS United’s Ronaldo below:

Total across all three seasons

Total across all three seasons

Note that United won the Premier League in all three of Ronaldo’s top seasons but individually, Salah scored seven more goals and made eight more assists.

Salah joined Liverpool in 2017 and has consistently produced at a world class level.

He’s scored 97 goals in 154 games in all competitions.

“There was a point in the game where I was watching Salah and I just thought, that is some player,” Neville said on Monday Night Football.

“Four years ago, when he first came to Liverpool and he got those 40-odd goals, I thought, ‘That’s a freak. He won’t be able to live with that.’

“But then he consistently produces over a period of two or three years.

Do you think Mohamed Salah deserves to be in the Premier League GOAT debate?

Share your thoughts with Nigerian Sketch in the comments section below.