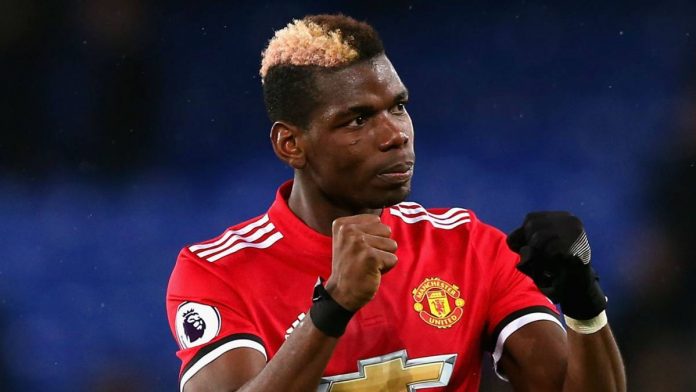 Manchester United fans are furious with the club sharing a motivational message from Paul Pogba – just hours after his agent said his time at Old Trafford is ‘over.’

Pogba’s contract is up in 2022 and Mino Raiola told Tuttosport his client is prepared to leave United for a second time.

But their official Facebook page still decided to share a quote from Pogba prior to the game, which reads: “We know these are two [Leipzig and Manchester City] very important, decisive games this week. We have to carry on this mentality of winning, always. That’s what this club is about.”

But fans were furious on the post and over 2000 of them reacted, given what was said earlier in the day.

One commented: “Why the hell would you the club or the admin post think this is a good thing to post after what we’ve heard today!!!”

Another fan said: “He already out the door hopefully we get something out of that. He has done nothing that would make another team want to spend big $$.”

A second added: “Why are you posting these quotes instead of his agent’s quotes! Should never play for the club again in my opinion!!”

While one simply stated: “As Keane said – ‘I wouldn’t believe a word he says’ – get rid of him.”

Raiola insists there is ‘no point’ beating around the bush regarding Pogba’s future in Manchester.

The 27-year-old re-joined from Juventus in 2016 for a then-world record fee of £89 million but has failed to find his best form consistently.

“Paul is unhappy at Man Utd, he can’t manage to express himself like he wants to and like people expect him to.

“He needs to change team, he needs a change of scenery. He has a contract that will expire in a year and a half, in the summer of 2022, but the best solution for all parties is a transfer in the next (summer) window.

“Otherwise the Old Trafford club, which I have a great relationship with, knows well that they would risk losing him on a free transfer, given that at the moment it’s not the player’s intention to extend the contract.

“If anybody can’t understand this, then they know little or nothing about football. Anyway, they’re free to direct all the blame to myself if Paul were to leave next summer.”