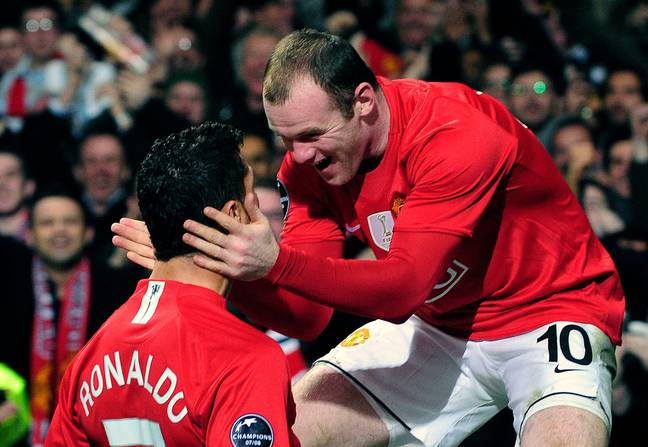 He also urged his former club to sign a new No 9 to replace the Portuguese superstar.

Ronaldo missed the majority of United’s pre-season preparations after handing in a transfer request last month.

The 37-year-old, who still has one year remaining on his current deal at Old Trafford, made his first appearance under Erik ten Hag in last week’s draw with Rayo Vallecano.

But he was substituted at half-time after a tense touchline interaction with Ten Hag and was later spotted leaving the match early, behaviour his Dutch manager branded as “unacceptable”.

“I think United should let Cristiano Ronaldo go,” wrote Rooney, in his column for The Times.

“It’s not that Ronaldo can’t play in a Ten Hag team. He can play in any team. Ronny will always score you goals. But my personal view is that United aren’t ready to challenge for the title now, so the aim has to be to build a team that can win the league in the next three to four years, and you have to plan for that.

“If the reports are true that Cristiano wants to leave the club, then United should allow him to go and get a No 9 in who is going to be there for the next three or four years and really help them build a team that can be successful. Ten Hag has to be given time to do it.”

Rooney’s comments echo those made by former United captain Gary Neville, who also believes the club should allow Ronaldo to leave this summer or risk having the speculation surrounding his future overshadow Ten Hag’s first season at Old Trafford.

“Ronaldo’s achievements in football have gone beyond anything that anybody could have wished for and imagined,” Neville said on Sky Bet’s The Overlap.

“He will go down as one of the top players of all time and always will be. What happens this summer at Manchester United will be forgotten about in 20 years.

“But it’s unpalatable for me to watch as an ex-Manchester United captain, thinking that at this moment in time the star player in the dressing room is playing up.

“It has happened at times over the last few years, where you had [Paul] Pogba’s agent – not necessarily Pogba – but his agent always playing up.

“You can’t have your star player in a club running the shop. You cannot have it. So, when Sir Alex Ferguson in the past moved players on, it’s because that player needed to be moved on.

It is not clear if Ronaldo will feature for United in their opening game of the new Premier League season against Brighton on Sunday.

But manager Ten Hag says he is happy that Ronaldo is still part of his squad.

“How do I feel about starting the season with Ronaldo? I’m really happy,” said Ten Hag.

“I had told you before: we planned with him for the season. We have a top striker and I’m really happy he’s here, he’s in the squad and we stick to the plan.”

Share your thoughts on the story Manchester United must allow Cristiano Ronaldo to leave this summer with Nigerian Sketch in the comments section.