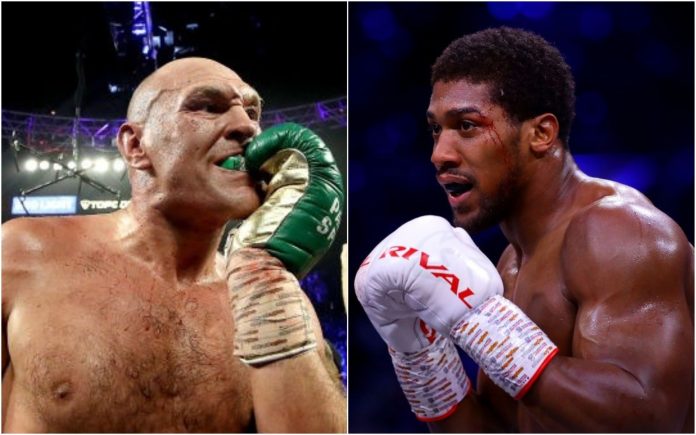 Mike Tyson, George Foreman, Wladimir Klitschko and Floyd Mayweather are amongst the boxing legends who have already offered their verdicts on who would win the much anticipated Anthony Joshua/Tyson Fury bout.

Fury and Joshua have been linked with a unification bout in 2021 and both camps are reportedly eager to make the super-fight happen.

‘AJ’ and the ‘Gypsy King’ have already cleared one hurdle by agreeing to a two-fight deal, but it remains to be seen if the hotly anticipated mega-fight is booked. 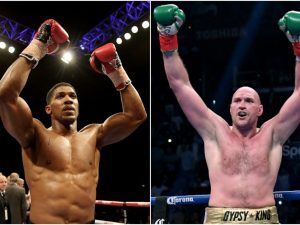 In the meantime, several legends of the sport have weighed in on Fury vs Joshua and revealed where they currently stand on the potential winner of the fight.

Mike Tyson predicted a Fury win. He said “[Fury] is the best heavyweight champion of the world since myself. He is the man, I don’t care what anybody says.”

George Foreman also went  with Fury, saying “That boy Tyson Fury, you’re going to have to bring everything you’ve got to beat him.

“I’m going to be honest with you: I just can’t see Joshua beating him.”

For Roy Jones Jr also, it was Fury. He said “I think it was at a local show I saw [Fury] at and I said to him: ‘If you just give yourself to boxing for five years, you’ll be amazed and you’ll beat all these guys.’

“I love him to death. I’m so happy for him and proud of him that he was able to do it. I see him as the No 1 and I think him against Joshua is a good fight.”

However, Wladimir Klitschko, who has tested Joshua in the ring, went with the triple champion. He said “Joshua is a superior athlete, great fighter, Olympic champion. Most importantly, he’s a great guy, who carries the torch of this image of a heavyweight champion perfectly. I’m proud to call him as a friend, even though we were [rivals].

“And I think and I wish that eventually Joshua is going to unify all of the belts. That’s the eventual plan.”

Floyd Mayweather who was at the ringside when Joshua knocked out Kubrat Pulov on Saturday refused to name his favourite. He simply said “We talking about Anthony Joshua, hell of a fighter. Tyson Fury, hell of a fighter. It doesn’t matter who wins, if I’m not getting paid that’s none of my business.”

Share your predictions in relation to the story Tyson, Foreman Predict Fury Win Over Joshua in Anticipated Unification Bout with Nigerian Sketch in the comments section below.