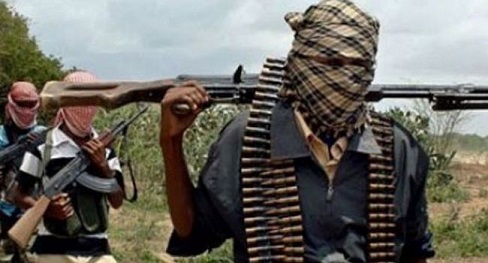 The military in Nigeria said they have killed top terrorists’ commanders and over 100 fighters in air and ground operations conducted on December 20, 2022 at Mantari in Gezuwa area of Bama local government area (LGA) of Borno State.

He said the air strike was authorised after it was discovered that a Boko Haram terrorist commander simply known as Ikirima, had stationed his fighters and gun trucks at Mantari village, alongside other terrorists from other locations who had converged at the same location arrived with motorcycles and bicycles.

Following the authorization for an air strike leading to the elimination of several of the terrorists and structures in the area, he said of the first wave of air strikes, “some surviving terrorists found their way back to the same location to evacuate the bodies of those neutralized in the air strike.

“This thus provided an opportunity for a follow-up strike on the same location which has been confirmed very successful as over 100 terrorists were neutralized with dozens said to be in critical condition”.

He added that the military hierarchy received intelligence that ISWAP and Boko Haram elements had perfected plans to resume active hostilities in the wake of the yuletide and forthcoming general elections.

“The timely intelligence received on their plans especially their attempt to attack soft targets in Bama LGA thus helped in the successful air strikes which has reduced their will to regroup and attack innocent citizens” he said.

The statement added that the progress and gains being made especially by the air and ground troops has greatly contained an upsurge of terrorists’ campaigns within the Northeast zone in recent times.

“Both air and ground troops have however been cautioned on the need to remain focused on the end state”, he said.

Share your thoughts on the story Military claim top terrorist commanders, 100 others killed in Borno with Nigerian Sketch in the comments section