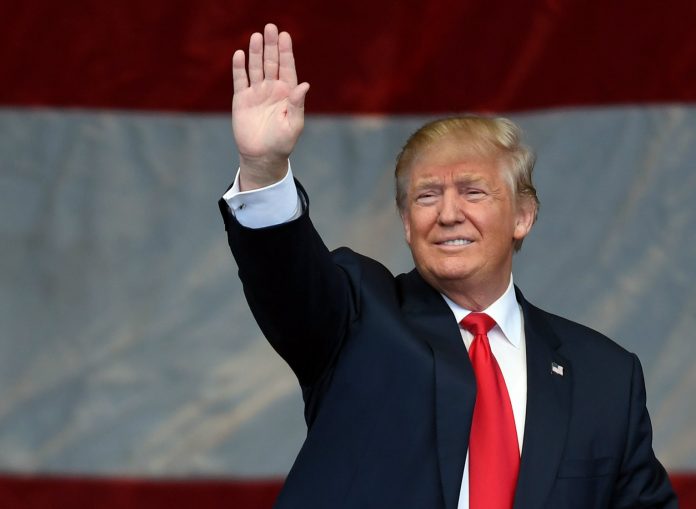 US president, Donald Trump campaign’s case in Montgomery County, Pennsylvania on Tuesday underscores the difficulty of bringing claims before a judge.

Trump has been saying from the start that he “won Pennsylvania by a lot.”

After the election has been called for Joe Biden, lawyers for the president’s campaign and the Republican National Committee are facing a huge task on how to explain why they are in court.

One of the lawyers arguing the Montgomery County case before Common Pleas Judge Richard P. Haaz on Tuesday refused to risk losing his law license by lying in court.

The Trump campaign claimed that the Montgomery Board of Elections refused to abide legal requirements for canvassing and counting mail-in ballots “for which outer declaration envelope is not completed filled in with the elector’s signature, address and/or date of execution.”

On Tuesday, Judge Haaz promptly put Trump campaign attorney Jonathan S. Goldstein on the spot. The judge asked him point-blank if the campaign was actually alleging any fraud.

He responded “To my knowledge at present, no.”

Observers have said Goldstein’s remarks were typical of a lawyer unwilling to risk sanctions or bar discipline in service of a client.

Goldstein’s remarks to the judge were in stark contrast to the president’s entirely unsupported “stolen” election narrative, analysts have noted.

Law and Crime gave a transcription of what transpired in court:

THE COURT: In your petition, which is right before me — and I read it several times — you don’t claim that any electors or the Board of the County were guilty of fraud, correct? That’s correct?

GOLDSTEIN: Your Honor, accusing people of fraud is a pretty big step. And it is rare that I call somebody a liar, and I am not calling the Board of the DNC or anybody else involved in this a liar. Everybody is coming to this with good faith. The DNC is coming with good faith. We’re all just trying to get an election done. We think these were a mistake, but we think they are a fatal mistake, and these ballots ought not be counted.

THE COURT: I understand. I am asking you a specific question, and I am looking for a specific answer. Are you claiming that there is any fraud in connection with these 592 disputed ballots?

GOLDSTEIN: To my knowledge at present, no.

THE COURT: Are you claiming that there or improper influence upon the elector to these 592 ballots?

GOLDSTEIN: To my knowledge at present. no.

THE COURT: Does it make a difference whether a claim of irregularity or technical noncompliance with the election code is made with or without an accompanying claim of fraud or improper influence?

GOLDSTEIN: It does not. I mean, to claim the technical defects are immaterial, which is in some sense some of the thrust of what the DNC argued, is really to misperceive what is going on in the election code. The election code is technical. These requirements are all technical. And some of them sit in that code for reasons that are a mystery for all of us. I mean, I sort of recounted for you my view of why the elector signing in his own hand is material. The DNC have their reasons for why they think it is material or immaterial. The fact of the matter is, it is in the code. The code is itself technical. Those technicalities are part and parcel of the law and a violation of the results in a ballot that can’t be counted.

The Trump campaign lawyer also declined to call Democrats and election officials in Pennsylvania liars. He said that everyone was acting “with good faith.”

The judge followed up by questioning Raymond McGarry, an attorney for the Montgomery Board of Elections. The judge noted that the ballots in question have been separated (“segregated”) from ballots that have been counted:

THE COURT: Before you begin, let me just start off with my questions. So there are subsets. There are 592 ballots which have been identified and segregated. You’ve identified, of that, 509 that have the voter’s address preprinted on the outer envelope, to the right of the voter’s declaration. There is a subset: 266 of those people put their addresses on the front of the envelope, not on the back, where probably it was indicated. Does that mean that for the other 243 of the 509 there’s no written address by the elector, there is just the printed address that the County put on the envelope?

McGARRY: Your Honor, for that number that you just said, the answer to your question is that in addition to having the printed address, there also is the bar code, Your Honor. And the bar code scans to the SURE system with a specific identification of the voter involved, which would include their address. But in terms of handwriting the address on the outer envelope, you are correct.

The judge said he would issue a decision “certainly this week”.

Share your thoughts on the story Moment When Donald Trump’s Lawyer Refuses to Lie for President in Court with Nigerian Sketch in the comments section below.