Nigeria’s president, Muhammadu Buhari and officials of his administration, have continued to inundate Nigerians with the blaming of previous governments for their continuous inability to satisfy Nigerians that they are equal to the task of governance.

The president in his Independence Day speech blamed previous governments for the country’s bad economic condition, a rhetoric Nigerians said he has been spewing even before he became president almost six years ago.

Also, minister of works and housing, Babatunde Fashola, in an interview with Channels Television, blamed former president, Olusegun Obasanjo, as partly responsible for Nigeria’s weak infrastructural base, saying that instead of paying off Nigeria’s external debts, the ex-Nigerian leader should have invested in capital projects across the country.

He said past governments under-invested in the country’s infrastructure, boasting that if he had the $12 billion, like the Olusegun Obasanjo government in 2005, he would have built rails and more roads.

Recall that the Paris Club in 2005/2006 wrote off $18 billion which was equivalent to 60 per cent of the $30 billion Nigeria owed the cartel, after months of negotiations, and the Obasanjo administration believed it was one of its biggest achievements.

But Fashola said rather than deploy the funds prudently, the Obasanjo government decided to pay the country’s creditors to the detriment of the country, insisting that today, Nigeria has gone back to borrowing because the governments in the past ignored investment in infrastructure for pursuing debt cancellation as state policy.

“At one time in this country, in 2005, we had $12 billion. At that time, these roads were bad. At that time there was no rail. But what did we do as a matter of state policy, it was just to pay creditors to our own detriment.

“I can only imagine if I had the opportunity then with $12 billion in my hand, we would have built rails and roads. What this government is dealing with, which I am responsible for the road side, is the infrastructure that will be enduring.

“Without the rails, we will not have roads that last. Trucks and heavy cargo is not meant for our roads. The jurisdictions we want to be like, don’t transport cargo, containers on their roads. That’s why I am so optimistic about tomorrow that if we advance this significantly, there will be a better tomorrow.

“We lost the opportunity to invest $12 billion and then we went back to borrow and the problems haven’t gone away and they will have to be dealt with,” he maintained.

Since the Buhari’s administration has been borrowing, Fashola defended it by saying it was only p‘positioning’ the country for tomorrow’s children.

“Every generation that’s responsible enough like us must position for tomorrow’s children. We should not leave this for them to come and do because it will be more expensive.

“That said, I think the way to go is to say that at the appropriate time, a tolling policy will be developed because for you to toll you must ordinarily develop alternatives. Government must also understand that not all of its infrastructure is of a commercial kind,” he stated.

Share your views on the story More Blame Games, as Fashola Says Obasanjo Shouldn’t Have Press for Debt Cancellation with Nigerian Sketch in the comments section below. 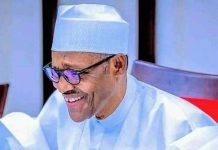 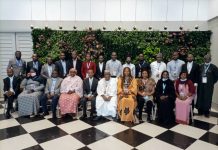 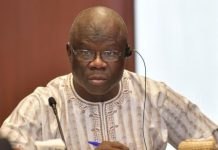 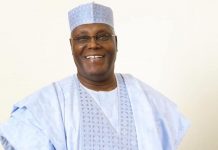 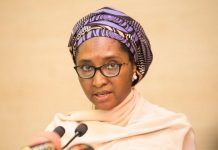 The New Inspector-General of Police that Nigeria Needs

Should Nigeria Go for Mass Vaccination against Covid-19 or Not? 2

Featured admin - January 23, 2021
0
Should Nigeria Go for Mass Vaccination against COVID-19 or Not? 2 Muhammad Saddiq (misaddiq@gmail.com) Continued from January 20, 2021...  My analysis focused mostly on one side of...

The New Inspector-General of Police that Nigeria Needs

Should Nigeria Go for Mass Vaccination against Covid-19 or Not? 2