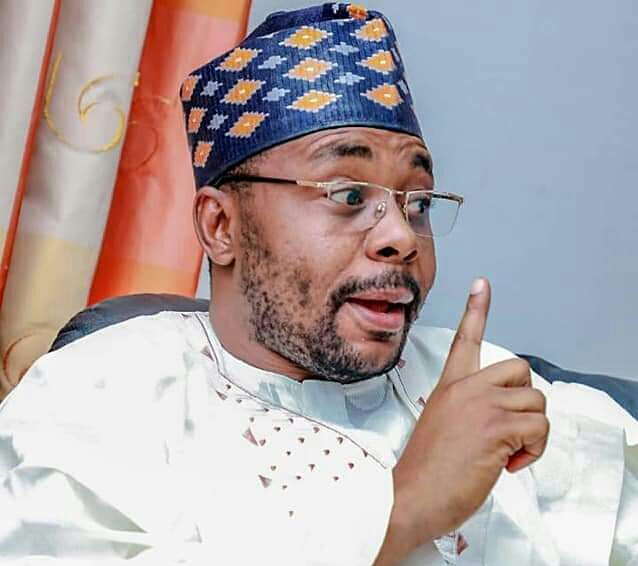 Chinua Achebe’s postulations on the trouble with Nigeria as simply and squarely a failure of leadership captured succinctly our greatest challenge as a nation.

This terrible anemia has blighted our progression to true nationhood despite ample endowments in size, population and other potentials that make a country great.

Since independence, this space called Nigeria wallows in a yoke of stagnations, underdevelopment and mired in myriads challenges.

This notwithstanding, providence has however continued to smile at us with the blessing of an emerging fresh class of leaders, in the fashion of the mythological Phoenix that regenerates from the ashes of its predecessors to stardom.

Muhuyi Magaji an emerging enigma is the Executive Chairman, Kano State Public Complaints And Anti-Corruption Commission, who falls within this bracket is certainly an accurate representation of this dialectical aspirations to modern leadership that inspires hopes and strong conviction that a prosperous Nigeria is after all, attainable.

Beaming our searchlight on his life even before his swing unto the limelight, flashes of leadership qualities he epitomises at every stages of his meteoric advancement are visible, profound and overwhelming.

With a rich educational background, Muhuyi holds a National Certificate of Education from Saadatu Rimi College of Education, Advanced Diploma in Law from BUK, Bachelors of Law degree from Bayero University, Kano and a BL from Nigerian Law School, Bwari, Abuja. He was called to the Nigerian Bar in 2018.

To improve knowledge and personal advancement and conscious that the future belongs to those who are adequately prepared, he globetrottes European countries such as Austria to earn modern global knowledge.

He became head of the Anti-corruption Commission fully prepared with the determination to improve his career educationally. The “young villager”, as the wailers mocked him, combined the rigours of running public office with continues pursuit of educational goals.

He was vice chairman of his local government at the age of 30, a position he held twice alongside which he managed to become a certified Barrister at law despite demands of public service.

This global oddysey has led him to the citadel of 21th century leading leadership and transformation learning hub, where modern and future leaders are being groom – Harvard University.

Throughout his schooling days, he had confronted issues affecting Rimin Gado and its dwellers as personal challenges – lack of portable water, electricity, education and general well being of his people.

A modern crusader of youth emancipation, Muhuyi Magaji an emerging enigma’s rigorous encouragement of youth in his domain to study and acquaint themselves educationally for future challenges and development of Rimin Gado paid up handsomely.

He mobilised youths into cluster groups for tackling health challenges in his town, thereby resulting in tackling medical bills of many in Rimin Gado. For Muhuyi, leadership is about responsibility, sacrifice and commitment.

He reasoned that those who instill hope in peoples hearts are true heroes and deserve encomium. He consequently demonstrated in his dealings that leadership is also a burden.

He demonstrated both in actions and dealings, the qualities of a good leader, include integrity, accountability, empathy, humility, resilience, vision, influence, and positivity.

Through sheer tenacity, Muhuyi Magaji an emerging enigma is building an institution that would stand as a symbol of the capacity for the future good governance in Kano State.

Having understood the importance of strong institutions as bedrock of anti-corruption crusade, and to confront the scourge from it’s bud, he secured the approval of the State Executive Council for the establishment of Kano State Anti-Corruption Institute, that was graciously approved by the governor.

Already, the office complex is under construction and the recruitment process for the staff is underway.

On assumption as head of anti–corruption in the state, he saw the need for competent manpower as engine room for development, therefore, with Gov’s approvals, scores of competent personnel where employed at the commission.

The Act that established the commission stipulated that offices shall be opened in all the 44 local government of the state for easy and speedy operations, but that wasn’t done by previous heads, but because of the passion and sense of duty he was able to achieve that.

His impeccable humanism manifested on his work as Anti-corruption and public arbiter per excellence, many cases were resolved amicably without any resort to personal humiliations of the accused persons.

He shepherds a silent anti-corruption revolutions in state civil service by blocking torrent of loopholes of ghost workers, without blowing needless vuvuzela.

His office has literally and metaphorically became like industrial court and multi-dimensional platform where issues are resolved amicably without any recourse to litigations or prosecution because the whole essence is to cement the harmony of the citizen as a people of same clan, religion and diversity.

His handlings, professionally, tactically and maturely the case of the deposed king, Emir Muhammad Sunusi II, many other knotty cases involving top ranking public officers, his interventions during Ramadan where some disgruntled traders hike, astronomically essential commodities are but sign of a leader with deep traits of humanities.

Muhuyi is a trail-blazer whose personal sacrifices for the betterment of his people are unequal and marchless.

Muhuyi postulated that the challenges of leadership is to be strong, but not rude; be kind, but not weak; be bold, but not bully; be thoughtful, but not lazy; be humble, but not timid; be proud, but not arrogant; have humor, but without folly.

As we approach 2023 with this discerning weakness of leadership questions, Muhuyi and some of his ilks stand in a pivotal positions to attain the highest possible position in our land.

History has not recorded any politician whether young or aged in either Rimin Gado local government or the entire Kano North Senatorial zone whose positive impact has manifested on the lives of his people more than Muhuyi.

The ruling party in the state should formulate a generational power-shift to more agile, vibrant and energetic young Turks who have leadership capacity and capabilities, whose personal noble mein have dotted their good professional conducts.

Musa contributed this piece to Nigerian Sketch from Kano State.