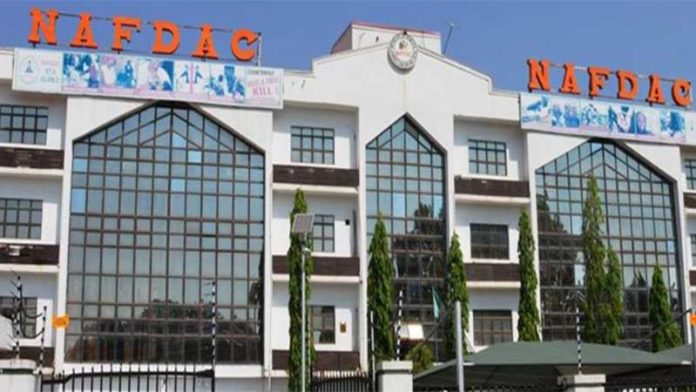 The Medical and Health Workers Union of Nigeria (MHWUN) branch of the National Agency for Food and Drug Administration and Control (NAFDAC) commenced a seven-day warning strike on Thursday.

A statement jointly signed by the vice-chairman of the union, Idzi Is and public relations officer, Ejoor Michael, said the strike started in the early hours of Thursday.

The union said part of its grievances include non-payment of promotion arrears, non-review of job specific allowance, suspension of staff training and backlog of unpaid staff financial claims.

Other grievances include the non-payment of severance package, poor work environment and lack of staff bus to ease transportation difficulties.

In the statement, the union alleged that NAFDAC’s management owes its members promotion arrears for 2018 and 2019.

It said that the request for the payment of the arrears has lingered, hence the commencement of the strike.

NAFDAC workers are also demanding an upward review of their job specific allowance in line with the approved new national minimum wage.

According to them, the allowance has not been reviewed in the last 10 years.

The union said that the allowances are usually reviewed upward correspondingly with increase in salary.

“We are demanding for a review of the job specific allowance in line with the new national minimum wage,” it said.

The staff further expressed dismay at the long delay in payment of staff financial claims.

They deplored the suspension of payment of severance allowance to the retirees of the agency as approved by the Governing Council and in line with their conditions of service.

In addition, the union accused the NAFDAC management of discriminatory disbursement of COVID-19 palliative with many of the staff not benefiting from the palliative.

Share your thoughts on the story NAFDAC Medical Staff Commence Strike over Unpaid Welfare Packages with Nigerian Sketch in the comments section below.