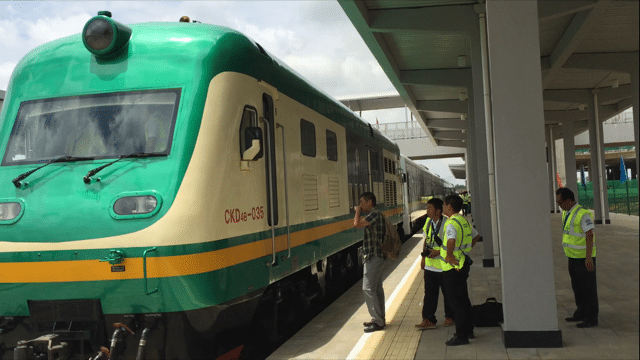 Nigeria’s minister of transportation, Rotimi Amaechi, has expressed disappointment over the incessant breakdown of trains on the Abuja-Kaduna railway service, saying the new locomotive that the country brought from China were not  serving their purposes.

The new locomotives were recently procured from China by the federal government to boost train services on the Abuja-Kaduna route to address the rising number of passengers on the service, but they have been experiencing constant breakdown less than five months after they were brought from China.

The breakdown that occurred between November 18 and 20, 2020 left many passengers stranded and has embarrassed both the government and the citizens.

Obviously angry about the development, the minister said “If this is happening now, then they should bring back our old locomotives, it will just affect turnaround times because we get the new locomotive to increase the turnaround time.”

The minister made the plea on Monday at the Moniya rail station during the routine inspection of the ongoing rail project in Ibadan.

He said the situation was embarrassing and he apologised to Nigerians, adding that he had directed the contractors, Chinese Civil Engineering Construction Corporation (CCECC), to fix the locomotives or replace them as the locomotives are still under warranty.

“I would like to apologise to Nigerians over what’s happening at Abuja to Kaduna line. It’s worrisome in the sense that they are brand new locomotives. We may be forced to bring back our old locomotives if the breakdown priests.

The minister however noted that if the new locomotives are recalled, it would affect the train frequency.

Recall that China Railway Construction Corporation Limited (CRCC), the mother company of CCECC was among the companies blacklisted by the World Bank for fraud in 2019, and the World Bank sanction affected all other CRCC affiliates around the word.

The World Bank named six Chinese firms, including CCECC, among hundreds of companies around the world it blacklisted for various infractions bordering on violations of its fraud and corruption policy in its contracting process.

Share your thoughts on the story New Chinese Locomotive Not Serving Purpose, Says Nigeria’s Transport Minister with Nigerian Sketch in the comments section below.